It’s been four years in the making but The Avengers is finally here. The superhero movie is expected to dominate the weekend by raking in well over $150 million. But does The Avengers have what it takes to go above and beyond that? 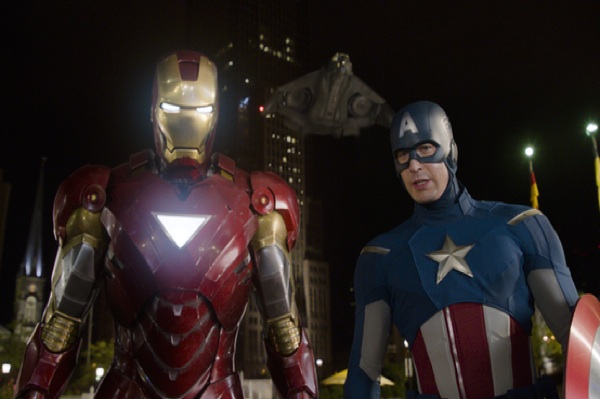 Disney and Marvel Studios have pulled out all the stops for their latest release, The Avengers. The superhero film marks an unprecedented event in cinema. It’s the first time four distinct franchises have come together for one huge movie.

The Avengers opened in theaters Thursday night to the tune of $18.7 million. It inched by 2008’s The Dark Knight with a midnight gross of $18.5 million, but was unable to surpass The Hunger Games $19.7 million debut.

According to The Hollywood Reporter, The Avengers is expected to gross anywhere from $64-$67 million on Friday alone. That’s the highest single-day gross of any previous Marvel title.

Over the three day weekend, the film is slated to earn between $150 million and $160 million. If it hits the high end, it could leave The Dark Knight in the dust. Four years ago, the Batman sequel earned an impressive $158.4 million its opening weekend, without the help of 3-D ticket prices.

The Dark Knight is currently the second biggest domestic opener behind Harry Potter and the Deathly Hallows: Part 2 ($169.2 million).

It’s hard to predict whether The Avengers has what it takes to make U.S. box office history. But it has performed extremely well overseas. The film opened in several foreign markets before debuting stateside and has already grossed $304 million. Plus, there’s still more money to be made. The Avengers has yet to open in Israel, Pakistan, Poland or Japan.

Overall, the film is expected to earn a minimum of $550 million worldwide. That’s an impressive feat for any movie — superhero or not.

Will you be seeing The Avengers this weekend?