Leave it to Chelsea Handler to take talk of Jennifer Love Hewitt’s The Client List premise straight to the gutter. Would the actress like a special massage herself? “When in Rome…” 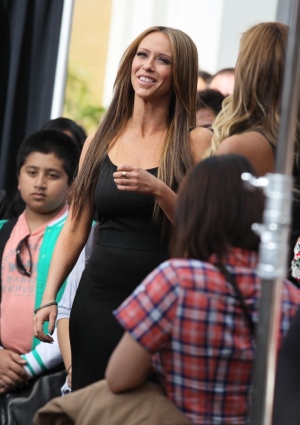 Jennifer Love Hewitt may play a masseuse who gives happy endings on television, but would she try the experience herself? Now that The Client List actress has visited Chelsea Lately we know for sure.

When Chelsea Handler asked Jennifer Love Hewitt if she would ever consider receiving one of the “treatments” her character gives to men, the actress laughingly replied that it would be “amazeballs.”

After a brief discussion on how exactly that would work, logistically, the pair agreed the arrangements would be notably more awkward than what is eluded to on The Client List. Nonetheless, the single actress affirmed she’d be down to give receiving a happy ending a try, saying, “When in Rome…”

The 33-year-old, seen here promoting her Lifetime show by speaking with Extra on May 3, recently said she feels like a “fool” for announcing her Adam Levine crush on television.

Jennifer Love Hewitt’s boobage is not for gran’s eyes >>

“The moment when you make a comment about something or someone and the world makes you feel like a total fool. keepcrushesquiet,” she tweeted one week ago. “Thank you to adamlevine for being so gracious on Ellen about my crush heard round the world. I’ve learned a lesson. Sssh.”

Anyone want to bet on if the conversation about receiving an “amazeballs” happy ending will soon also land on Jennifer Love Hewitt’s list of regrets?

Up next for The Client List promotion tour is more talk show visits. Hewitt tweeted Friday afternon, “Watch me teach@piersmorgan how to do the akward turtle tonight!”

Going to be amazeballs as well, we’re sure!