The CW loves The Vampire Diaries. It’s just one of three dramas the network has renewed for another season. The bloodsuckers will be joined by two monster-hunting brothers and some rich kids from Beverly Hills. 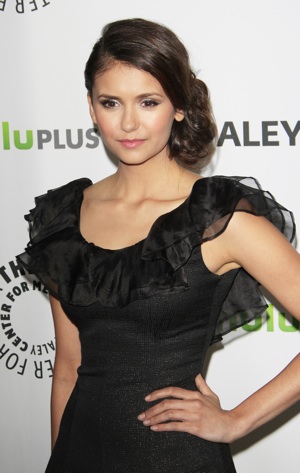 The CW has revealed the fate of three of its shows. This week, they announced what lucky dramas would live to see another season.

To no one’s surprise, The Vampire Diaries, Supernatural and 90210 will all return in the fall with new episodes.

The Vampire Diaries is The CW’s highest-rated show, and is wrapping up its third season. The series has a rabid fanbase directed at viewers who are too old for Twilight, but too young for True Blood. It’s the perfect vampire compromise.

It also doesn’t hurt that the cast is filled with good-looking actors. We’re looking at you Ian Somerhalder and Paul Wesley.

The Vampire Diaries: Let’s take a moment to drool at the men >>

Supernatural is the veteran of the network, having run seven seasons and entering its eighth. It’s made a name for itself on Friday nights thanks to its humor, drama and of course, monsters. Supernatural appeals to your inner horror and fantasy nerd.

Netflix teams up with the CW to stream shows >>

Last but not least, The CW’s 90210 reboot is still going strong. The teen drama is currently in its fourth season, and is set to return for a fifth.

You may be asking yourself, where’s Ringer, The Secret Circle, Hart of Dixie and Nikita? Unfortunately, the fate of those shows is up in the air. Even Gossip Girl‘s stuck in limbo.

The CW is expected to reveal the rest of its fall line-up later this month. Keep your fingers crossed!

Are you shocked by The CW’s choices? What shows deserve a renewal?