Rob Lowe proved that he was hauntingly untouchable as Drew Peterson in his first Lifetime telepic. Now he’s back for a second helping in the courtroom. 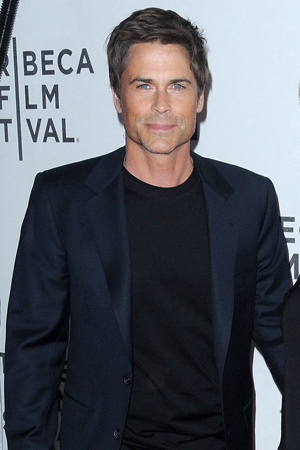 We couldn’t believe our eyes and ears when Rob Lowe debuted a white mustache and an incredibly intimidating attitude in Drew Peterson: Untouchable back in January. Who would think that he could top his own performance in another Lifetime movie?

Well, he is now taking on that challenge with a controversial new film project with the network. According to The Hollywood Reporter, Lowe’s latest role is in Prosecuting Casey Anthony, which follows the investigation and highly-televised trial of Casey Anthony who was acquitted of killing her daughter Caylee last year.

Jewel as June Carter Cash? Lifetime biopic in the works >>

Lowe will portray Jeff Ashton, the Florida prosecutor and the author of the best-selling HarperCollins tell-all Imperfect Justice: Prosecuting Casey Anthony, the novel upon which the telepic is based. The story will be told from Ashton’s perspective.

Would men survive if women were gone? Lifetime finds out! >>

“We’re thrilled to have Rob returning to our network, after his amazing star turn as Drew Peterson. He’s one of those rare stars who can do it all — comedy, drama, heroes and villains,” said Rob Sharenow, executive vice president of programming at Lifetime Networks.

He added, “There are very few actors in the history of our business who have been able to have such success on such a broad range.”

No word yet on who will play Casey Anthony, or when the film will premiere. The news from the network follows other big film project announcements, including Liz & Dick with Lindsay Lohan and a June Carver Cash biopic, starring Jewel and American Horror Story’s Matt Ross.