There will be a new bachelor on the next season of The Bachelor who won’t be competing for love — host Chris Harrison has separated from his longtime wife. 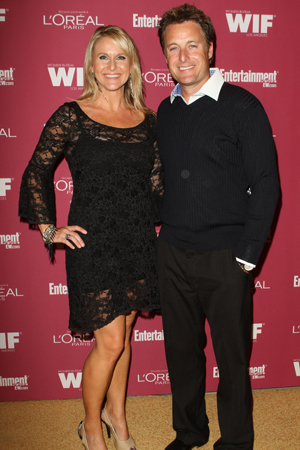 Where is the love? No roses for Chris Harrison and his wife — the host of The Bachelor has split from his longtime wife and high school sweetheart after 18 years of marriage.

They announced their separation earlier today, and arrived at the decision “after much heartfelt consideration,” according to People.

“Though we have made this incredibly difficult decision to separate, our love and mutual respect remain, and we look forward to sharing in the lives of our wonderful children,” the two said in a joint statement on Thursday.

Together, Chris and Gwen have two children: Joshua, 9, and Taylor, 7. According to In Touch Weekly, the two have been separated for a while and are peacefully sharing custody of their boys before making the split legal.

An inside source shared that most of their close friends already know. “They are still really close and remain the best of friends,” said an insider to In Touch. “They’ve been taking turns with their kids so they can both see them as much as possible. It has been really amicable, with no other parties involved, and Chris has been a total professional while filming The Bachelorette.”

ABC’s The Bachelor and Bachelorette slapped with lawsuit! >>

The eighth season of The Bachelorette premieres on May 14 on ABC, as Harrison helps Emily Maynard find love after splitting from Brad Womack.