It looks like Lindsay Lohan and Liz & Dick just isn’t enough of a project for Lifetime! The network has tapped Jewel to play June Carter Cash in their next biopic film. 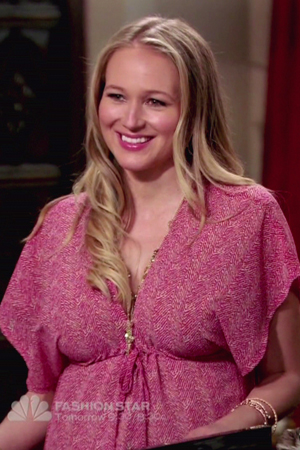 Did you fall in love with June Carter Cash when Reese Witherspoon portrayed her in Walk the Line? It looks like the late country singer is set for her own Lifetime biopic, and the network has tapped Jewel to play the part!

According to The Hollywood Reporter, the upcoming film project tracks June’s life — from her childhood in Virginia through her rise to fame, as she performed with music icons like Elvis Presley and her relationship with Johnny Cash.

Jewel on The Voice: “Christina is so skilled, she’s like a Ferrari” >>

Lifetime has also already found the film’s leading man — Matt Ross of American Horror Story! Ross will play Johnny Cash, her third husband. Similar to Walk the Line, the film will include June’s efforts to save his life as he battled substance abuse.

“Many people know about the legendary love story of Johnny and June, but June Carter Cash has her own epic journey filled with triumphs, tragedies, loves and losses,” said Lifetime executive vice president Rob Sharenow in an announcement on Thursday. “This movie will explore all aspects of the woman behind the icon, and we’re thrilled Jewel will be playing the role.”

Can Jewel handle the demanding task now set before her? After all, Witherspoon did win an Oscar for her portrayal of June Carter Cash in the 2005 film. We can’t wait!