Bobby Brown says his daughter with Whitney Houston doesn’t have a drug problem — and that Bobbi Kristina is just like any other teenager. Is he right, or is he burying his head in the sand? 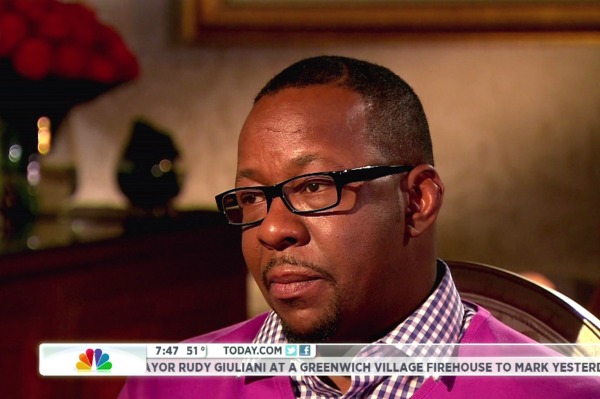 Is Bobbi Kristina Brown on the verge of totally screwing up her life in the wake of the death of her mother Whitney Houston? Her dad Bobby Brown says no — but how much does he really know?

Bobby discussed his daughter’s emotional state in part two of his interview with The Today Show, two months after his ex-wife’s shocking death.

“She’s a strong girl: Her mom taught her well,” the singer told Matt Lauer. “I think we raised her really well, she’s fine, she knows that her mom is gone and she knows that she has to live.”

Lauer asked about the rumors that Bobbi is on a downward spiral and turning to drugs and alcohol to cope — rumors he flatly denied.

Michael Jackson and Whitney Houston were totally doing it >>

“I would always be worried about that,” he said, but added it is not a concern. “Because I know: I know what she is actually doing.”

“I think people are, you know, making assumptions of what my daughter is and how strong she is,” he said. “People tend to want to control strong-willed people and that’s what I see.”

This contradicts what people close to the family say: That Bobby has little contact with his daughter. In fact, witnesses corroborated that he didn’t even speak with her at Houston’s funeral.

That doesn’t mean he doesn’t have anything to say about everything happening in her life — including whether or not she’s dating her pseudo-brother Nick Gordon.

“She’s a young lady… you know, I would expect her to have a boyfriend,” he said, adding that Bobbi denied she’s dating the dude.

Regardless of whether or not he actually is in communication with Bobbi Kristina, there is one person with whom he is still decidedly persona non grata: Whitney’s mom Cissy Houston, with whom he has not spoken to since before the death.

“I know she’s going through it deeply, deeply going through it,” Bobby said. “She lost her only daughter. I love her dearly, and I’m here anytime. Anytime she wants to talk, I’m here.”

The root of the animosity Cissy has for Bobby is said to be the belief that he got Whitney hooked on drugs — a claim he denied in an earlier interview.