Real-life couple Dax Shepard and Kristen Bell team up for a crime-comedy about a getaway driver who must take his fiance to Los Angeles without being seen by those he doesn’t want to see him. Sounds tough, right? That’s half the fun! 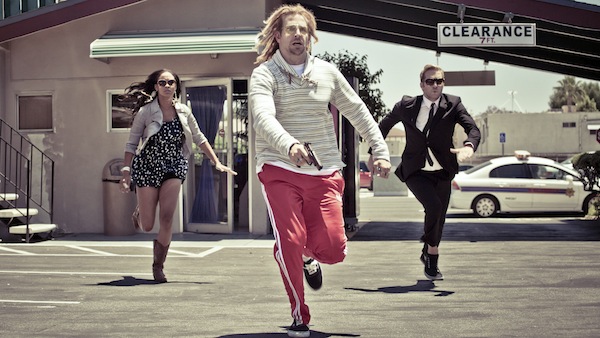 He must be undercover. They wouldn’t do that to our beloved Bradley, now would they?

Before we get to that, let’s get down to what this new crime-comedy Hit and Run is all about. Dax Shepard plays Charlie Bronson, a former getaway driver who is now in the witness protection program. When his fiance, played by Kristen Bell — who is also his fiance in real life — says she must get to Los Angeles for a once-in-a-lifetime opportunity, he risks everything to take her there. 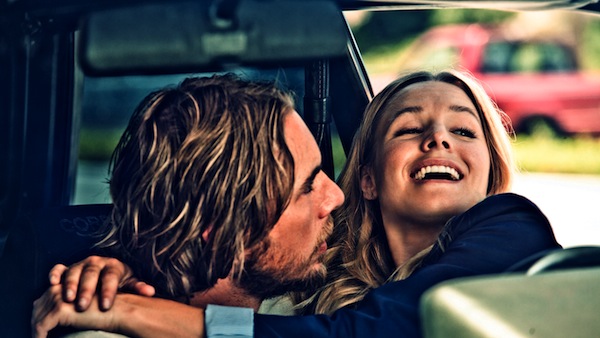 But you know what that means, don’t you? Things just go horribly wrong. I mean, come on, Dax! Can’t you just drive our gal Kristen there without any complications?

Not when there’s a dreadlocked Bradley Cooper on the scene in his red jogging pants. Gun in hand, he seems to be chasing the happy couple, but the twists of Hit and Run‘s plot remains a mystery, so as of now it’s unclear who is friend or foe. Don’t you just want to get up in there and scratch Mr. Cooper’s head? I’ll do it for you, BCoop. No worries. 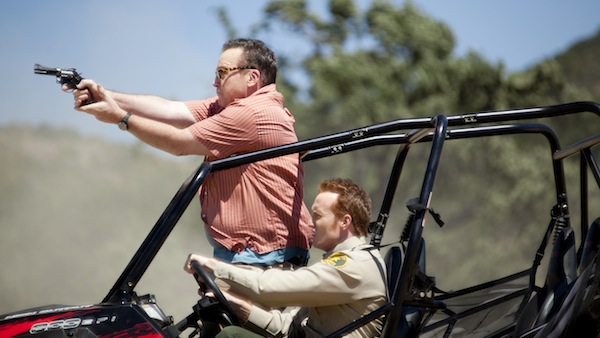 Wait a minute, is that Tom Arnold with a gun…?

Looks like it. There’s no telling what kind of wackiness will ensue in this crime-comedy from the producers of Wedding Crashers. The quirky cast also includes appearances from Kristin Chenoweth (Glee’s April Rhodes), Michael Rosenbaum (Lex Luthor from Smallville), Beau Bridges (The Descendants, My Name is Earl) and David Koechner (that’s Champ Kind from Anchorman, folks!). Looks like we’re in for a wild ride with this one. 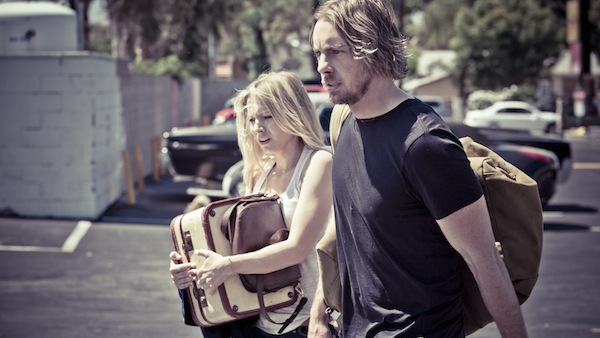