Being Jennifer Lopez’s boyfriend has its perks: Her flavor-of-the-moment, Casper Smart, has just been promoted to head choreographer on her tour. Is he qualified, or is it just because he’s hooking up with the boss? 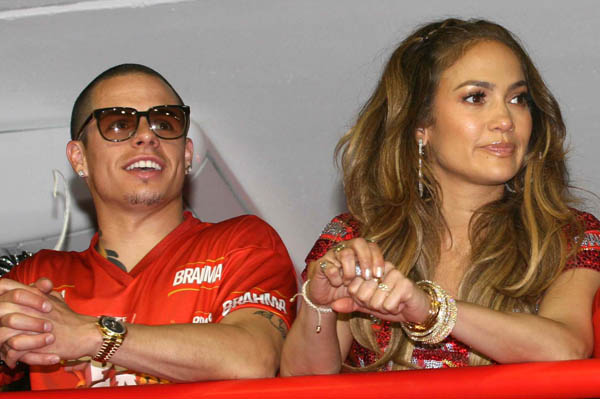 It’s good to be Jennifer Lopez’s boy toy: Her boyfriend, Casper Smart, has been named one of four choreographers on her upcoming summer tour with Enrique Iglesias and Wisin y Yandel.

“I’m working with Jamie King, also Beau ‘Casper’ Smart is my new choreographer,” she told reporters during a press conference in Los Angeles on Wednesday. The dancer met his American Idol woman while working as her backup dancer, though he’s also choreographed for Eminem, Kelly Rowland and So You Think You Can Dance.

We can’t help but think this was all part of the 24-year-old’s master plan by dating Lopez — especially since he’s been telling people that he’s the “lead choreographer” and “in charge of all choreography,” according to the New York Post. He’s used to getting what he wants in their relationship — the sexy singer also gave him a tricked out Dodge Ram truck for his birthday a couple of months ago.

“Yes, she did buy him a white pickup,” a source told E! at the time. “He really wanted one and she surprised him.”

Still, they do have sexual chemistry together, as shown in her latest video “Dance Again.” The pair paws all over each other in the overly sexy clip. “It’s a good video,” Lopez giggled during its debut on American Idol. “I can’t wait for you all to see it! Enjoy it, enjoy the song, it’s very close to my heart. It has a great message, and I hope everybody likes it.”

Smart won’t have Lopez all to himself during the tour that kicks off in May in Montreal — she’s bringing her twins along, too.

“Obviously, we’re going in the summer so they won’t be in school at that time, so they’re going to come with mommy on tour,” Lopez said during the press conference. “I don’t know how that’s all going to work. Hopefully, there’s always grandma’s house if they get really tired and stir crazy. But, I can’t be away from them for too long. They’ll be with me most of the time.”