Robert Pattinson is more than a teen heartthrob. He’s a good actor and he’s going to prove it! Pattinson has signed on to star in a war drama where he’ll hunt down one of the world’s most ruthless dictators — Saddam Hussein. 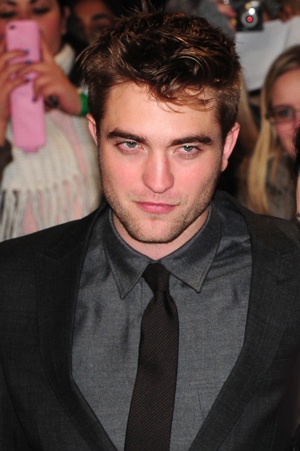 Robert Pattinson is in the Army now — sort of. The British actor is branching out with a role in the upcoming film, Mission: Blacklist.

Mission: Blacklist is described as a psychological thriller that will tell the true story of Army interrogator Eric Maddox and how he led the search for Saddam Hussein.

According to The Hollywood Reporter, Pattinson will play Maddox in the film, based on his book Mission: Black List #1: The Inside Story of the Search for Saddam Hussein — As Told by the Soldier Who Masterminded His Capture.

After headlining theTwilight series, Pattinson has actively been trying to broaden his horizons. Since the vampire franchise began in 2008, he’s spent much of his free time working on small dramas like Remember Me and Water for Elephants.

He’s also acted opposite some of Hollywood’s finest including Oscar-winners Chris Cooper, Christoph Waltz and Reese Witherspoon. This year, Pattinson will continue his stretch into the unknown with two films: Bel Ami and Cosmopolis.

How does Robert Pattinson win ladies of all ages in Bel Ami? >>

In Cosmopolis, the actor plays a billionare asset manager who’s pulled into a strange string of events, while riding in a limo across Manhattan.

This fall, Pattinson will officially say goodbye to Twilight with the release of Breaking Dawn — Part 2. The final chapter opens in theaters Nov. 16

Do you think Pattinson has what it takes to play a soldier?