Ashton Kutcher is coming back for more Two and a Half Men. Is he getting a bunch of cash to stay? Not exactly. 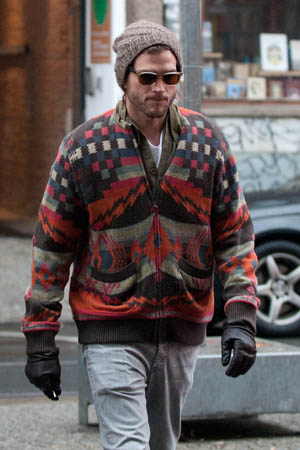 Ashton Kutcher is going to be back for another season of Two and a Half Men, whether we like it or not. The controversial Pop Chips spokesman has just signed on for another year of the show — for a modest $25,000 raise.

Kutcher will reportedly earn about $725,000 per episode of Two and a Half Men, a far cry from the money Charlie Sheen was getting on the show for fewer viewers. CBS has attracted an average of three million more viewers this season with Kutcher on board. So, they’re getting a high-profile star for a bargain price. It’s not like Kutcher really needs the cash — he’s got 1,200 other projects going on — but we’re still surprised he didn’t get a hefty raise.

Maybe he didn’t really want a raise? Kutcher admitted that he was super nervous to step into Sheen’s shoes after eight seasons.

“Moving into somebody else’s house is a scary thing,” Kutcher said last fall. “Who knew what the dynamic would be and how everybody would feel? I wanted to make sure it was comfortable for everybody else and for myself. And I think we’ve already found that.”

“He’s so maladroit socially, it allows me to form a sort of mentor relationship with him, which is, of course, ridiculous, because my character is such a mess as a human being,” Cryer told TV Guide of his new co-star. “I’m no longer the student, I’m the teacher. It’s my Yoda moment.”

Is Ashton Kutcher getting enough cash for Two and a Half Men?