The results are in: Ryan O’Neal was actually telling the truth, and he is not a dad for the fifth time. But who’s the real winner, O’Neal or the baby? 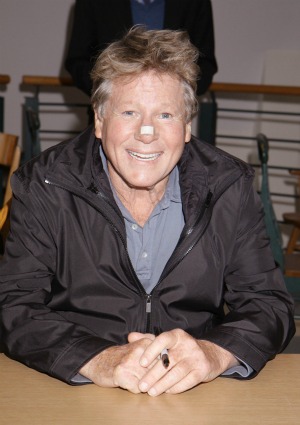 Ryan O’Neal is feeling vindicated tonight after a paternity test proved he is not the father of Jessica Zellars’ baby despite her claims.

Zellars said she got pregnant in 2011 after meeting O’Neal in Malibu, where he has lived on the beach for over 40 years, and engaging in what she called a “brief romantic relationship.” She gave birth to a baby boy on Feb. 29, 2012.

But according to RadarOnline, a paternity test has proven that O’Neal is not the father after all. “As we stated when this allegation was initially made, Mr. O’Neal never had sex with this woman, and we feel completely vindicated,” O’Neal’s rep Arnold Robinson told the site.

So who is the real winner here: Ryan O’Neal for being vindicated, or the baby for not having Ryan O’Neal as a father? Only one of O’Neal’s four kids has not wound up in jail and/or rehab, which Redmond O’Neal, Griffin O’Neal and Tatum O’Neal have all visited multiple times.

That one kid, though, sportscaster Patrick O’Neal, steadfastly defended his father when a Minnesota radio show mocked him. Patrick rarely speaks out about his family, but he called the station to express his displeasure at the hosts of the Jason & Alexis Show for using the sound of a cuckoo bird while talking about Ryan’s recent promotional interviews for his new book Both of Us: My Life with Farrah.

“You’re not going to hear from Griffin because he’s in jail. You’re not going to hear from Redmond because he’s in rehab. But I heard your show and I wanted the people in Minnesota to know my father, Ryan O’Neal, is a good man. He did the best he could as a parent. Those kids had some tough moms. My dad is not responsible that those grownups cannot take care of their lives.”

At the very least Ryan won’t have to start writing child support checks again and can focus on his recovery from stage four prostate cancer.