Tennis star Serena Williams says she is totally done with love — until she’s 40, that is. Read on to find out why she plans to spend the next decade alone. 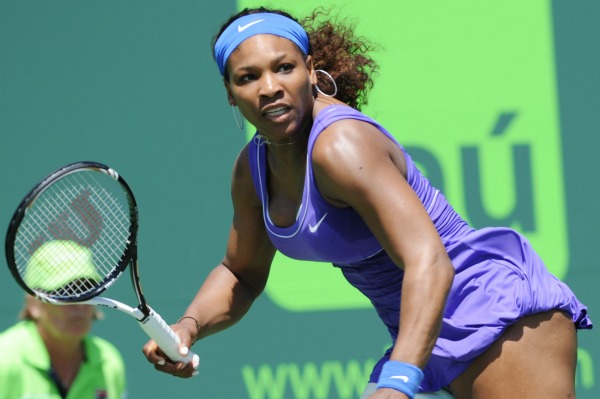 Serena Williams has sworn off dating. The pro athlete said enough is enough after a particularly harsh heartbreak — and she wants nothing to do with love for at least 10 years.

In an interview with Celebuzz, the tennis star said she’s tired of failed relationships and doesn’t want to date again until she is 40.

“I have given up on dating,” the 27-time grand slam champion declared. “It just hasn’t worked out well for me.”

“I’m a really emotional person. I give my all and everything. I do make mistakes — like every human does — but the last relationship just was too much of a heartbreak for me. I just can’t go through that anymore. It was hard.”

“I just have to remove myself from that atmosphere for about the next decade or so,” Serena added. “I can’t get involved.”

Williams, who has been linked to the likes of Common and Drake in the past, is going to be a bit busy in the next few months anyway. She is set to compete in the 2012 Summer Olympics in London in a little less than three months where she hopes to nab some more medals to add to the two she already has, plus climb back into her title as the world’s number one ranked female tennis player — an honor she has held on five different occasions.

If 30-year-old Williams can stick to her guns, she won’t be going out on a date again until she is fabulously 40.