Gary Ross has the magic touch. After scoring a box office hit with The Hunger Games, he’s tackling another film of epic proportions. It’s being reported that Ross will direct a feature based on the life and times of Harry Houdini.

Related story Gary Ross drops out of The Hunger Games 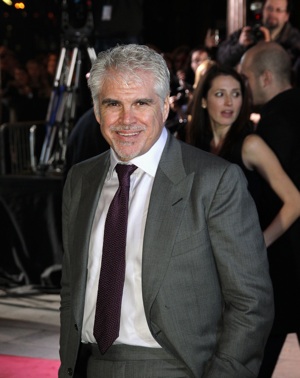 Gary Ross has landed his next big job. After directing the spring blockbuster The Hunger Games, he’s moved on to something much more magical. Ross is set to direct a feature based on escape artist Harry Houdini.

According to The Hollywood Reporter, Ross will work with Summit Entertainment to bring Houdini’s story to the big screen.

The film will be based on the bio, The Secret Life of Houdini, The Making of America’s First Superhero written by William Kalush and Larry Sloman.

The Hunger Games director bows out of sequel >>

Summit picked up the film rights back in 2009, with hopes of launching an action-thriller franchise based on the magician. He would be part Indiana Jones and part Sherlock Holmes. The book is filled with revelations about Houdini, including a theory that he was an undercover British spy.

Ross made waves last month when he opted to step away from The Hunger Games series. He was being prepped to direct the sequel Catching Fire, but decided against it. Perhaps, he felt his relationship with The Hunger Games had run its course?

Over the years, Ross has stuck to smaller, character-driven films such as Seabiscuit and Pleasantville. His direction of The Hunger Games was a shock to most of his fans and industry insiders.

With him out, The Hunger Games franchise will live on with Francis Lawrence. The music-video-turned-film director will take on Catching Fire, which hits theaters Nov. 22, 2013.