If you’re sick of the endless cycles of America’s Next Top Model, you’re in luck — a new reality show is scouting model hopefuls, thanks to Naomi Campbell! 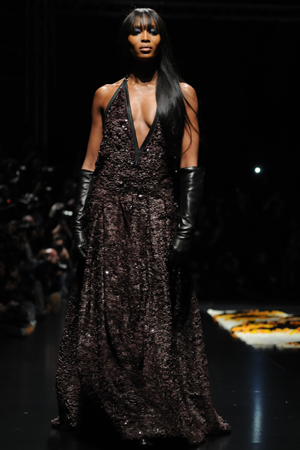 After the show’s leading lady cleaned house of her three main men, the future success of America’s Next Top Model is on the rocks. So it’s quite coincidental that only ten days later, a competing network announces that a new model search show called The Face will premiere on Oxygen.

However, ANTM fans don’t need to worry, but they’re definitely encouraged to be intrigued. Unlike Tyra Banks’ longtime show, The Face will scout teams of models to go head-to-head and compete to become the spokesperson for a national brand.

And according to The Hollywood Reporter, the show will also feature some serious supermodel star power — coaches responsible for molding, nurturing and transforming the contestants in a way that’s comparable to NBC’s The Voice.

Oxygen has tapped Naomi Campbell to star in The Face, along with two other yet-to-be announced coaches. The three will select their contestants from an international search before mentoring them through weekly challenges.

“The Face is a fresh new series that delivers all the elements our audience craves: fashion, beauty and drama,” said Rod Aissa, senior vice president of original programming and development at Oxygen Media. “Oxygen has been looking for the next ideation in the modeling genre and this project delivers it.”

Though The Face is described to mirror the format of The Voice, a modeling show can’t exactly have “blind auditions” like a singing competition can. But being able to watch Naomi Campbell dish out industry advice every week? Sign us up — we’re in!