Adriana Lima has encountered all kinds of odd cravings while carrying her second child — one of which is particularly dangerous for any pregnancy. 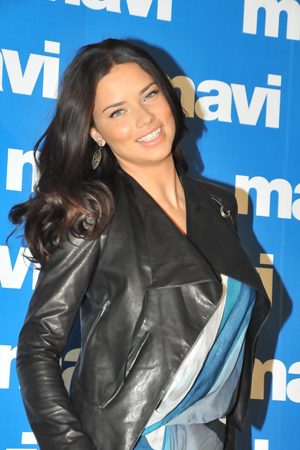 Some expectant mothers stay away from sugary sweets, while others lay off the red meat for a while. Victoria’s Secret model Adriana Lima oddly finds herself overcome with an insatiable craving for alcohol — eek!

“I’ve been craving beer,” said Lima to People on Wednesday at the IWC Schaffhausen watch boutique opening in New York.

The gorgeous mom explained that it’s a request that’s out of the ordinary for her not only because she’s pregnant, but because she’s not a fan of the beverage altogether.

“It’s very strange because I normally don’t like beer. Now I want some but I cannot drink it. It’s been very hard!”

Adriana Lima is baking another bun in her oven >>

However, she is happily appeasing other requests from her taste buds.

“I’ve been craving crispy duck,” she said. “All of a sudden, I cannot get enough of it. It’s amazing.”

How is Lima doing since this is her second time being pregnant? “I’m feeling wonderful. It’s definitely easier than the first time, maybe because I know exactly what I’m going to go through. I’m very relaxed and have a lot of energy.”

She shared her workout secret — a regimen she didn’t keep up while pregnant with her daughter Valentina, now two years old.

“For the first three months I exercised with light weights and did workouts that were inspired by animal movements, like crab-walking on the floor. It really helped me tone my muscles.”

Lima is sticking to her workout schedule this time around with the help of her husband, former basketball player Marko Jaric.

“I’ve gained a few pounds, but not as much as the first pregnancy — thanks to my husband,” Lima added.