Tyler Perry’s Atlanta movie studio lit up in flames on Tuesday night. Find out what the fire department had to say about the cause of the fire. 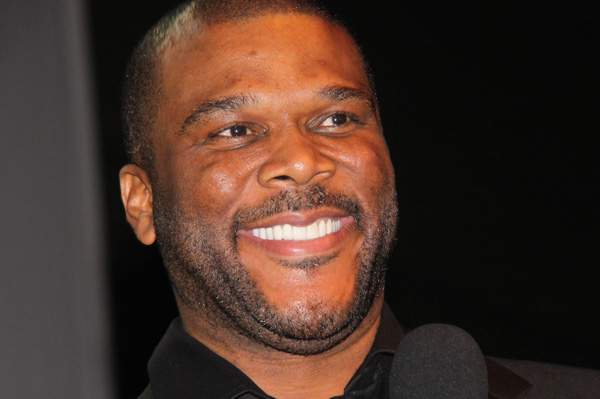 Actor and director Tyler Perry dodged a huge bullet on Tuesday night when his expansive movie studios in Atlanta caught fire, according to the Atlanta Journal-Constitution. The blaze — first reported to the Atlanta Fire Department around 8:41 p.m. — drew over 100 firefighters before being contained within Tyler Perry Studios’ 30-acre complex.

Tyler Perry is the highest paid man in Hollywood >>

“The cause of the fire will be recorded as undetermined,” Atlanta Fire Chief Kelvin J. Cochran told the newspaper in a Wednesday afternoon statement. “The intensity of the fire in the area of origin consumed any evidence that would lead to a cause of ignition.”

Luckily, the fire didn’t penetrate the interior of the studio buildings, thanks to “the concrete masonry construction behind the exterior fascia,” Cochran said. Why four-alarms, then?

“The command decisions to call for the fourth alarm response early in the incident was key to the quick extinguishment and stopping fire spread to other buildings at the studio,” Cochran said. “Rather than the fire overwhelming our firefighters, we had enough firefighters on scene to overwhelm the incident.”

Perry is thankful for the support of the AFD and issued a statement about the fire on Wednesday afternoon.

Tyler Perry on Whitney Houston: “She is resting” >>

“Atlanta firefighters responded immediately to a fire which damaged the backlot façade of one of the buildings at Tyler Perry Studios in Atlanta,” a spokeswoman said in a statement. “We are grateful that there were no injuries, and that 99 percent of the damage is limited to the backlot facade. Mr. Perry wishes to express his heartfelt thanks to the Atlanta Fire Department for their professionalism in their quick response and limiting the damage.”

Happy to hear that there were no injuries — and that the damage was minimal. Now, get back to make movies, Tyler!