Christina Aguilera seems to have it in for contestant — and former co-star — Tony Lucca on The Voice. Does she really hate him? Well, there’s a thin line between love and hate. 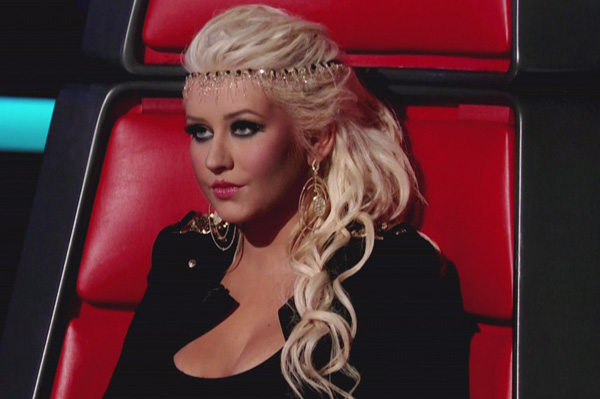 It’s pretty safe to say that Tony Lucca has had enough of Christina Aguilera’s constant criticism on The Voice — and he’s finally speaking up about it. It all started on Monday night when Lucca performed The Heavy’s “How Do You Like Me Now.” Aguilera interjected that she was the one who cleared the song for the show — she wanted it for one of her former competitors. Then, she took an indirect swipe at Lucca while complimenting another performer.

“I just encourage Adam to really look at you, and I know the obvious predictable choice for Adam would to be swayed towards Tony because of their vibe,” she snarked. “But I’m telling you, take a look at Katrina Parker because she’s a star.”

That may be the case, but it seems like she just has it out for her former All-New Mickey Mouse Club co-star.

“I was just scratching my head like: ‘Really, you have to keep going on with this?'” Lucca lamented to People after the show. “All of the other coaches have been pretty respectful about each other’s choices. But now it seems like she’s just flat-out trying to get me out of here.”

He’s got a point: She’s done nothing but criticize him the entire season, calling him “one-dimensional” and claiming he’s using his famous pals — like Justin Timberlake — to gain momentum on the show. Is someone feeling threatened by her old co-star? We don’t know why she would be, but we have a bigger theory: She had a huge crush on him and is trying to deny it by being totally nasty to him.

It would make sense — she claimed Britney Spears had a huge crush on him when they all co-starred together on the Disney Channel show, but she could be covering up her own feelings. He was the “older guy” on the show, after all.

“We weren’t really friends on the show,” Lucca told The Hollywood Reporter. “She was 12 and I was 17. So at that age, there were the older kids and the younger kids.”

“We had a wonderful working relationship,” he added. “There were music numbers that we did where I would sing background for her, and there were dance numbers and all that kind of stuff.”

Do you think we’re on to something here, or is Aguilera just being a b**** for the fun of it?