One of Kendra Wilkinson’s boobs is not like the other — same goes for her butt cheeks. Is the tweeting reality star “harshly self-critical” or just hilarious? 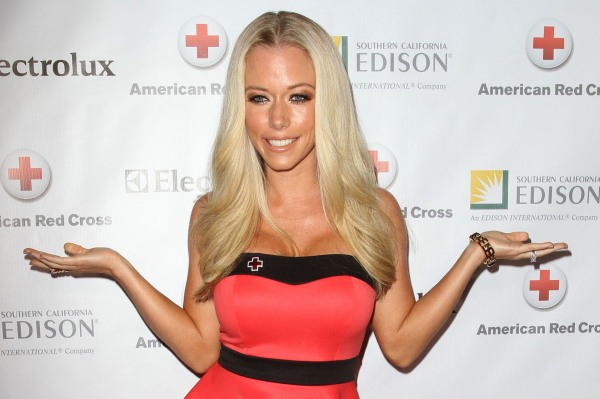 Kendra Wilkinson‘s got big problems — or, at least, lopsided problems. The former Playboy mansion dweller has taken to Twitter to discuss which parts of her enviable body are uneven, from the chest down.

Reporting on Kendra Wilkinson’s “lopsided” body People magazine called the star “harshly self-critical” of her physique, noting the 26-year-old recently also told them, “I have no talent. I have nothing to offer.”

Yet despite their outlook on her body imperfection tweets, fans of the former Girls Next Door star reacted to her statements with humor and spoke out to commiserate about their own asymmetry. In regards to Kendra Wilkinson’s boobs, one Twitter user replied, “@KendraWilkinson my left boob starts higher than my right. Ur not the only off one,” while another joked, “You have boobs!?!”

The response to the rear discussion was much the same. In reply to Kendra’s candid butt cheek confession, one fan wrote, “Oh Kendra you are the greatest, I love you!” Another empathized, writing, “Me too! But mine is opposite- my left is bigger than my right lol!!”

Kendra Wilkinson has “no talent” but lands new TV show >>

Wilkinson, who welcomed son Hank Baskett IV in late 2009, admitted to being “shocked” by how much her body changed during pregnancy and after giving birth, but has since gone on to pose in skimpy swimwear for multiple publications. Just days ago she was declared “bikini ready” in a tiny white suit inside the pages of OK! magazine.

Do you see Kendra Wilkinson’s lopsided Twitter talk as harshly self-critical, or hilarious?