Move over Buffy, there’s a new slayer in town. Tom Cruise, who played one of the most famous vampires of all time (Lestat), is crossing over. He’s signed on to star in Universal’s big screen reboot of Van Helsing. 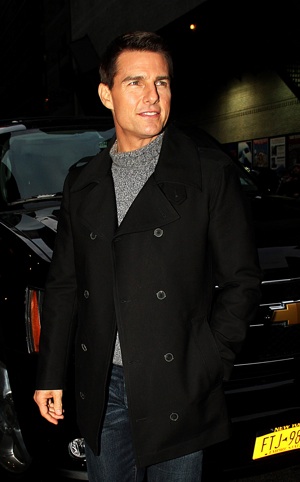 There’s no need to fear, Tom Cruise is here! The actor is experiencing a major career boost thanks to the worldwide success of Mission: Impossible — Ghost Protocol.

After proving Ethan Hunt’s still got it, Cruise has been tapped to play another, more fantastical hero — Van Helsing.

The last time we saw Van Helsing on the big screen was in 2004. The role was played by Hugh Jackman, who sported a shaggy mane and feisty attitude. The movie grossed over $300 million at the box office, but was panned by critics.

According to E! Online, Universal Pictures will reboot the film with Cruise as the title character. This version will be produced by sci-fi fantasy vets Alex Kurtzman and Roberto Orci, who are best known for writing Mission: Impossible III, Star Trek, Transformers: Revenge of the Fallen and Cowboys and Aliens.

Historically, Van Helsing is known for being a vampire hunter, which is ironic considering one of Cruise’s most iconic roles is — a vampire. The actor played Lestat de Lioncourt in 1994’s Interview with the Vampire, so it will be interesting to see him on the other side of the fangs.

Tom Cruise becomes an aging rocker with a tattoo >>

Before Cruise gets medieval on the supernatural, he’ll tackle the ’80s in the musical Rock of Ages. The film is based on the stage play of the same name and opens in theaters June 15. And he’s currently filming the sci-fi epic Oblivion from Tron: Legacy director Joseph Kosinski.