Just how broken up was John Mayer over his Jennifer Aniston breakup? Rumor has it the singer is still dwelling on their love lost, as evidenced in his new song “Shadow Days.” 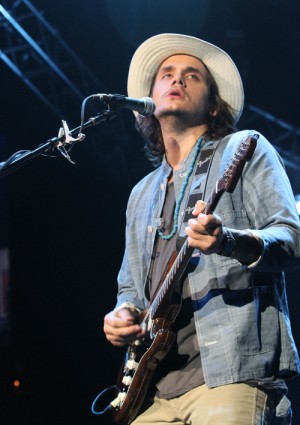 Is John Mayer still not over his breakup with Jennifer Aniston? While we’re all aware that was so three years ago, the singer appears to be getting mucho mileage out of the heartache, even writing the new song “Shadow Days” about the one that got away.

Speaking of the rumored John Mayer song about Jennifer Aniston a source told Us Weekly, “‘Shadow Days’ is about Jen. It really took him a long time to get over her. He really loved her a lot.”

Hide your daughters! John Mayer is going on tour >>

“He wrote the song as a farewell letter knowing [Jen] would hear it,” the source added. “Ultimately he’s done a lot of self reflection though and he realizes they weren’t right for each other.”

A sampling of John Mayer’s “Shadow Days” lyrics, off his upcoming album Born and Raised, reads:

Did you know that you could be wrong
And swear you’re right?
Some people been known
To do it all their lives

I’m a good man with a good heart
Had a tough time, got a rough start
But I finally learned to let it go
Now I’m right here, and I’m right now
And I’m hoping, knowing somehow
That my shadows days are over
My shadow days are over now

No official word yet from John Mayer on if his “Shadow Days” tune is based on his Jennifer Aniston heartbreak, but you’re free to take a listen and judge for yourself!