Director Gary Ross left a gaping hole in the future of the Hunger Games franchise when he refused to direct Catching Fire. What does the cast think now? 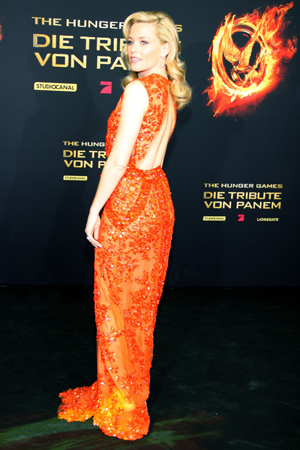 Out with the old and in with the new! Now that Lionsgate has secured director Francis Lawrence to spearhead Catching Fire, the second film in The Hunger Games’ franchise, filming can now begin in the fall as scheduled.

Thank goodness, since the cast has some research to do before working with their new director on set. Because they actually have no idea who this new guy is.

“I have no idea,” Elizabeth Banks admitted to E! News, when asked about working with the new director at the Lucky Magazine Fashion and Beauty Blog Conference on Monday night.

“I’ve never met Francis… He seems lovely and I like his movies,” she explained of Constantine, I Am Legend and Water for Elephants.

“I’m really excited for a new voice to be involved,” Banks said. “I think it’s going to be great for the franchise, so I’m excited. That’s really all I know. I’m actually very excited about it.”

Onscreen heartthrob Josh Hutcherson also has yet to meet the director, but feels faithful from hearsay.

“I have heard from literally everyone that he’s the nicest man alive, so I’m really excited to work with him,” Hutcherson recently told the Los Angeles Times at CinemaCon. The actor said he’s a big fan of Lawrence’s I Am Legend, but has yet to watch Water for Elephants.

“I still have to do some of the homework,” he added.