The last in the Christopher Nolan series of gothic Batman escapades, The Dark Knight Rises, releases its third trailer voiced by the sultry Anne Hathaway. 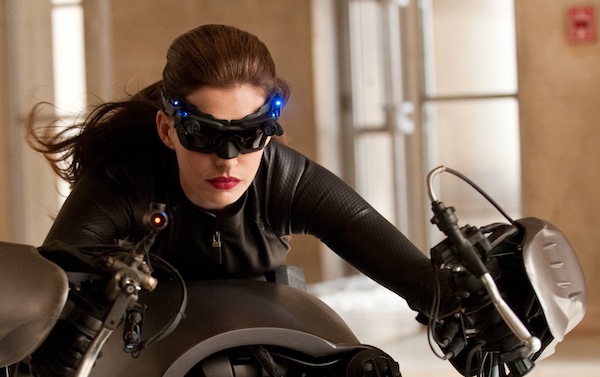 Many of the cast and crew are lamenting the fact that this is it. The Dark Knight Rises brings an end to the new flavor of gritty superhero movies where Christopher Nolan reinvented Bruce Wayne with the help of actor Christian Bale.

Christian Bale should be ashamed of himself says China >>

The series gave audiences a new take on how the brooding superhero’s parents died, a villain maniacal enough to win an Oscar (Heath Ledger won posthumously for best supporting actor in The Dark Knight), and a whole range of characters and worlds we never thought existed outside of Gotham.

The plot for this last installment has been kept under wraps. Nolan, who wrote and directed this episode, is known for his old school secrecy, but what we do know from the trailer and the history of Batman lore is that Catwoman is no friend of Mr. Wayne.

Anne Hathaway plays Selina Kyle (a.k.a. Catwoman), and this new trailer is all about her sneaky little plan to take over Batman’s world. “There’s a storm coming,” Catwoman says in the trailer. “You sound like you’re looking forward to it,” says Batman. The destruction is hinted at, the evil is touched on and the loss of hope is definitely a theme.

Anne Hathaway reveals: “I don’t get hung up on nudity”

Bane is “brutal” in The Dark Knight Rises >>