Eric Church is of the opinion judging reality television shows isn’t something a real musician would deign to do. The country crooner has unleashed an all-out attack on Blake Shelton and Cee Lo Green in the latest issue of Rolling Stone. 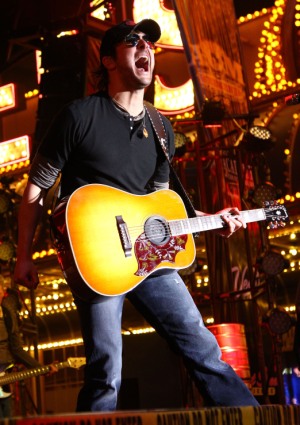 If you’ve ever appeared as a celebrity judge on a reality show it’s time to check your credibility as a musician at the door, at least, according to Eric Church. The country singer has some strong opinions about the likes of Blake Shelton and Cee Lo Green, who have set aside their first careers for a comfy seat judging “talent” on a reality show called The Voice.

Speaking to Rolling Stone magazine Eric Church ranted of how easy it is for contestants to launch a career these days, “Honestly, if Blake Shelton and Cee Lo Green f***ing turn around in a red chair, you got a deal? That’s crazy. I don’t know what would make an artist do that. You’re not an artist.”

Asked whether or not he would ever accept a gig judging himself, Eric Church replied: “If I was concerned about my legacy, there’s no f***ing way I would ever sit there.”

“Once your career becomes about something other than the music, then that’s what it is. I’ll never make that mistake. I don’t care if I f***ing starve,” the 34-year-old “Homeboy” singer added bluntly.

Eric Church isn’t the only one letting his true feelings be known, however. In response to the Rolling Stone article Blake Shelton tweeted his disappointment, writing Monday, “I wish I misunderstood this…”

Backing him up was his wife, a fellow country singer whom Church toured with previously, Miranda Lambert. “Thanks Eric Church for saying I’m not a real artist,” she tweeted in response. “Or @kelly_clarkson, @carrieunderwood & @KeithUrban. You’re welcome for the tour in 2010.”

Do you agree with Eric Church that no real musician would judge a reality show?