The actresses of Desperate Housewives have admitted that they’re having trouble letting go of their Wisteria Lane roles, but Hatcher isn’t mourning for too long. 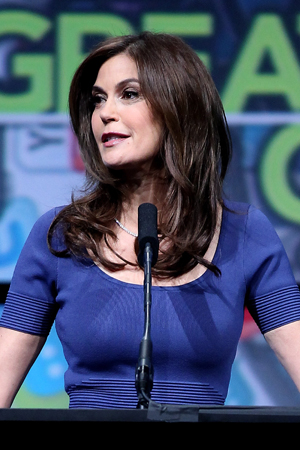 It’s really happening — Desperate Housewives is ending in a matter of weeks, and the women of Wisteria Lane will soon be going their separate ways in Hollywood, reading for new roles and taking on different projects.

Teri Hatcher has already booked her next gig, and it’ll be double the fun for the actress: She will appear as a guest star on ABC Family’s fashion-centric drama Jane By Design, and also make her directorial debut on an upcoming episode of the show!

According to The Hollywood Reporter, Hatcher will play the role of Jane’s long-lost mother and will appear in four upcoming episodes. She will begin filming her arc between mid-May through mid-June, and her first appearance on the show will air on June 19.

And though she’s excited for her first acting role post-Housewives, Hatcher is equally excited to get behind the camera as well, making this her directorial debut.

“I’m thrilled for the opportunity to direct. So many of the crew and cast of Desperate Housewives have been encouraging me to do this for a long time, from Vanessa Williams, James Denton, to the talented camera crew department and producers,” said Hatcher in a statement. “Now that I have time, I’m excited to wholeheartedly conquer new ventures.”

She also added, “Jane By Design is charming with very funny performances. I look forward to working with new and old friends over there and helping them tell stories both in front and behind the camera.”