Is Bobby Brown responsible for Whitney Houston’s downward spiral into drugs and ultimately her death? Many fans say yes — but now the R&B star is speaking out and defending himself. Find out what he has to say. 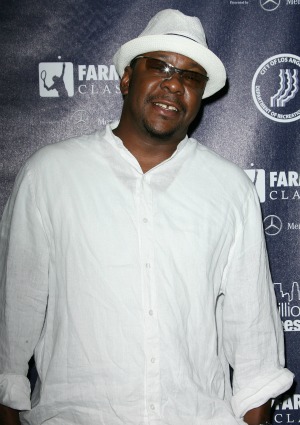 The public saw Whitney Houston as a golden girl who could do no wrong until she married Bobby Brown and her erratic behavior was eventually revealed to be caused by a bad drug habit. Now just months after her death, Brown says his ex-wife was an addict long before he entered the scene — and even implies she was the one who got him hooked.

Brown stated his case in an interview with Matt Lauer for The Today Show to air on Wednesday.

“If I heard it once, I heard it a hundred times, and I know you heard it too,” Lauer said. “Fans, people who say they were close to Whitney, say her life went downhill when she met Bobby Brown. How does it make you feel when you hear it?”

“It makes me feel terrible,” Brown said. “But you know, I know differently. I think if anyone ever knew us, if anybody ever spent time around us instead of time lookin’ through the bubble, they would know how we felt about each other. They would know how happy we were together.”

Explaining that Houston was addicted to drugs “way before” they met, Brown said, “It’s just… it’s just unexplainable how one could, you know, [say that I] got her addicted to drugs. I’m not the reason she’s gone.”

“I didn’t get high [on narcotics] before I met Whitney,” Brown said. “I smoked weed, I drank the beer, but no, I wasn’t the one that got Whitney on drugs at all.”

The singer, who says he has been clean for the last seven years, saw his ex just a week before she died and thought she was clean and sober herself because she “had this glow about her that was just, you know, incredible. I’m saying to myself, you know, ‘She must be… she must be doing really well,’ because she looked really well.”

Houston and Brown had one child together, Bobbi Kristina, who is rumored to be struggling with her own addiction issues.