Nick Cannon and Mariah Carey are pretty happy right now: They’re celebrating their fourth anniversary and the first birthday of their twins. Find out how Nick feels about his wife after their years together. 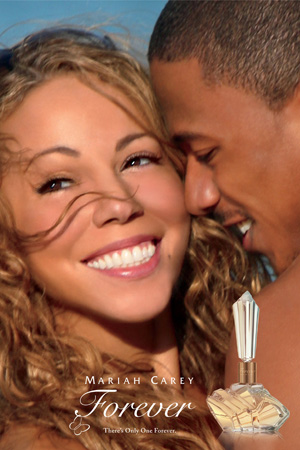 Mariah Carey and Nick Cannon are still very much in love, thankyouverymuch! The couple, celebrating their fourth anniversary today, renewed their vows for a fourth time on Friday in the City of Lights, Paris. They didn’t just do a simple ceremony — no, they went all out on top of the Eiffel Tower in Paris (of course). The celebration was in honor of their romantic engagement in the city back in 2008. They married later that year in the Bahamas.

Oh, and it’s the first birthday of dembabies, Roc and Roe, too!

“Singing at this altitude is almost like giving birth to twins, which I did last year on this day… lol! Happy birthday dembabies!!” Carey tweeted on Monday from Austria.

This year hasn’t been easy for the couple, though: Cannon was hospitalized in Aspen after Christmas. He was hospitalized again days later and revealed that he has “a lot of stuff” wrong with him, including kidney failure and blood clots that are part of an “autoimmune disease that [doctors] found in my system,” he said.

Cannon’s made life changes to keep his health in check. Good thing, too — he has plenty to live for! The actor and host recently revealed how he fell in love with his superstar bride — and how their love is stronger than ever.

“I presented her with an award at the Kid’s Choice Awards,” Cannon said of meeting his future bride. “I was so nervous but decided to take my chances and give her a kiss on the cheek! I had to have that kiss.”

After all, how many people can say they married their celebrity crush?

“I’ve had a crush on her for as long as I can remember,” he revealed. “Every day, my respect for Mariah continues to grow higher. She’s a caring, warm and funny person. People have no idea how funny she is! I feel like I’ve always known she was my forever love.”

All together now: Aww!

Cannon added that he’s now committed to living everyday to the fullest, especially in light of his health scare. This also translates to his life with Carey, too.

“Nobody can predict the future,” he said. “You just have to give your all to the relationship you’re in and do your best to take care of your partner, communicate and give them every last drop of love you have. I think one of the most important things in a relationship is caring for your significant other through good times and bad. To celebrate our lasting love, Mariah and I get married each year on our anniversary.”

Cannon was even the inspiration for Carey’s latest fragrance, Forever.

“To me a forever love is a bond that can’t be broken,” he said. “It’s like my love for ‘dembabies’ and Mariah. You go through difficult times, but as long as you hang on to the beautiful things, it’s great — even when it’s rough, it’s real.”