Michael Jackson had quite the sexual appetite, according to one of his former bodyguards. He apparently had an affair with Whitney Houston and even hooked up with Lisa Marie Presley after they divorced. Guess M.J. had “it” in more ways than one. 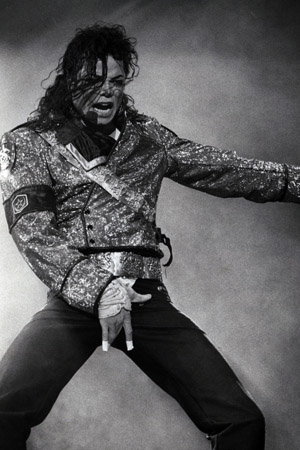 Over the years, Michael Jackson gained a reputation as a Peter Pan character that cherished the childish side of life. This caricature was perpetuated — understandably so — by his Neverland Ranch and penchant for hanging out with prepubescent boys. However, some people “close” to the singer are now saying that he was very much a man with a sexual appetite to match.

The latest story? One of his former bodyguards said he had a torrid affair with another dearly departed icon, Whitney Houston.

“One of the many stories that has never been told about Michael is that he had an ultra-secret affair with Whitney Houston that he never got over,” Matt Fiddes told the U.K. gossip magazine The Sun (we know, we know). “They met because they were two of the biggest recording artists on the planet and mixing in the same circles. They instantly connected as kindred spirits because they understood each other’s massive fame.”

The pair reportedly met in 1991 when Houston was 28. She was besotted with him — and M.J. reportedly wanted to marry her, but it ended when he found out that she had an affair with his older brother, Jermaine Jackson.

That’s not the only recent revelation about the King of Pop. Jackson’s ex-wife, Lisa Marie Presley, revealed to Elle in a new interview that she continued to hookup with Jackson for years after their divorce — it only stopped when she remarried in 2000.

So, it seems Michael Jackson was actually quite talented in the bedroom, apparently. We’re not sure we’re buying all of this (and sadly, we’ll never know the absolute truth), but some of his other bodyguards wrote in a 2010 book that he had plenty of ladies circling in and out of his life.

“Being a man… men know men, and we [were] around him long enough to know he was a man,” bodyguard Bill Whitfield said while promoting his book with other M.J. bodyguards, In Defense of the King.

“[He had] desires of women like we do. He had lovers,” Mike Garcia added. “In the cars that we had, we had a curtain that covered the back seat. You couldn’t see in the back seat. They talked back there, they didn’t do nothing out of bounds… you can hear the kissing.”