Scott Bakula made it to the set of Desperate Housewives just in the nick of time. See what Bree’s new (and presumably final) love interest has to say about the upcoming series finale! 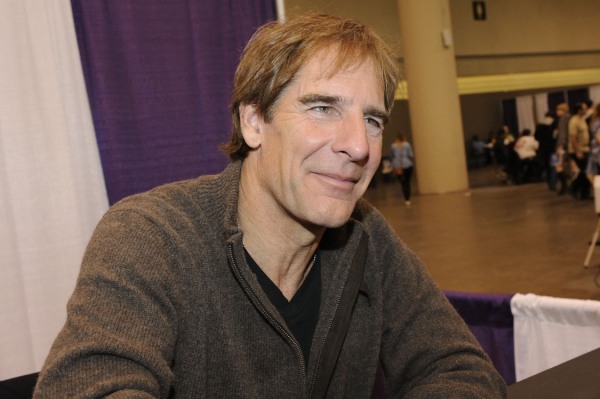 How will Desperate Housewives end? A man by the name of Scott Bakula knows, and he’s divulging secrets of how and where Wisteria Lane’s final secrets will be spilled.

“[Creator Marc Cherry] didn’t say that to me specifically, but I don’t know how it could not have been a part of his psyche,” Scott Bakula tells The Hollywood Reporter of how the Nicollette Sheridan trial may have influenced the series’ court drama. “Most writers take stuff and they mix it up into what they’re writing. So, it seems it’s ironically twisted that we would be doing a court case while he was dealing with his court issues.”

“It’s pretty drawn out and pretty extensive… There’s enough courtroom coming up that everybody that had to shoot it and be in it were sick of it… There’s only so many ways you can shoot courtroom stuff too.”

“We got in there and did the best we could and made it as interesting as we could,” Scott Bakula went on. “And they wrote it in way that I think definitely keeps it moving. But, of course, it’s Desperate Housewives, so there’s surprises in court, there’s reveals in court and there’s gasping moments in court — all kinds of really great court stuff, as you can imagine that Desperate Housewives would end with.”

Though Scott Bakula, known for his roles on Quantum Leap and Star Trek: Enterprise, made it to Wisteria Lane at the eleventh hour, he and Marc Cherry had spoken many times about the 57-year-old joining the cast.

“It wasn’t like I would have taken any part,” Scott Bakula said. “But the fact that it was such a nice part and I think Trip is well written and there were possibilities for humor and for some sexuality and some relationship stuff with Marcia that comes into play, that makes it fun.”

As for Trip and Bree’s budding romance? “I think it’s fair to say that there’s some exploration there,” Scott Bakula would only tease.

Any predictions on what will go down during the courtroom finale drama from Desperate Housewives fans out there?