Michael Jackson and Whitney Houston had a torrid affair back in the day, says his former bodyguard — but Michael’s heart was broken when he found out she once had an affair with his brother. 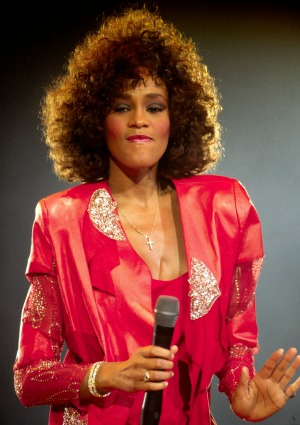 Talk about the odd couple… Michael Jackson‘s former bodyguard is claiming that the King of Pop once had an affair with Whitney Houston.

Martial arts master Matt Fiddes, who owns a chain of martial arts schools worth millions, worked for Jackson from the late ’90s until his death in 2009 and described the affair to The Sun.

“One of the many stories that has never been told about Michael is that he had an ultra-secret affair with Whitney Houston that he never got over,” Fiddes revealed.

David Gest: Whitney Houston was in love with Michael Jackson >>

“They met because they were two of the biggest recording artists on the planet and mixing in the same circles. They instantly connected as kindred spirits because they understood each other’s massive fame,” Fiddes claimed, saying that the affair began in 1991 when Houston was 28.

“Whitney practically moved in to Michael’s ranch and they had a fling like any other young couple. But Michael said later he had always hoped the relationship had gone further, and I know he dreamed of marrying her.”

But it was not to be. Jackson found out that years earlier Houston had a long affair with his brother Jermaine (which was the inspiration for the video to her hit song “Saving All My Love for You”), while the elder Jackson was married to the daughter of Motown founder Berry Gordy.

A year later Houston married Bobby Brown and began a downward spiral into drugs — a habit that eventually killed both her and Jackson.