Beauty may be in the eye of the beholder, but Jessica Paré — who plays Megan Draper on Mad Men — notes that one definition will always outlast the trends. 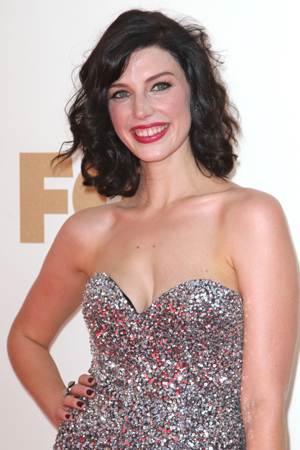 Though she joined AMC’s hit show last season, Jessica Paré has become quite the breakout star since her character married the lead ad man of the series. Even more so, Megan Draper has become one of Mad Men‘s most interesting characters that we just can’t get enough of each week.

But despite playing dress up on the 1960s set, the actress personally believes that what is beautiful doesn’t depend on trends, fashion or makeup.

“I think my definition of beauty has evolved slightly, but I think the crux of it is still the same, which is that I think that we’re most beautiful at our most natural,” Paré recently told People.

She added, “Everything else is a lot of fun, and can be quite spectacular, and can serve to help us see ourselves and other people in different ways. But ultimately, that simplicity — healthy skin, clear eyes and all that stuff — I think is the most beautiful.”

As a child, Paré didn’t look up to any Hollywood icons as archetypes of beautiful women, In fact, she didn’t have to look far beyond her own household to find such examples.

“The first person I remember thinking was beautiful was my mother,” she reflected. “She’s always had a very simple style. She was a bit of a hippie, but her style has evolved through the years. When I was a kid, she had long, flowing hair and always a nice sun tan. I thought she was very beautiful.”

And the gorgeous genes don’t stop there. “And also, my grandmother as well, who had a very different style. She was more à la Jackie.”