Only a few more Sundays until the ladies of Wisteria Lane finally wave farewell to the hit ABC show. Teri Hatcher teases that a proper goodbye lies ahead. 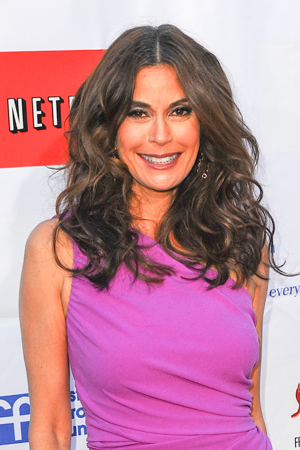 It’s so hard to say goodbye to yesterday, notes Teri Hatcher. Even though the last episodes of Desperate Housewives have already been filmed, the actress admits that the news of its end still hasn’t completely registered with the cast and crew.

“Every day it gets to be a little more real,” she said to People at the Wisteria Lane Block Party benefiting the Cystic Fibrosis Foundation at Universal Studios in Los Angeles. “We’ve had a lot of time to process it, so it’s not a shock. But I think you just can’t really know what it’s going to feel like until it’s over.”

However, Hatcher promises that the last episode will be worth the wait — not only for fans, but also for her character Susan Delfino and the rest of the Wisteria Lane ladies.

“I feel like [the finale] does a pretty good job at honoring all the different characters and their sort of unique wheelhouses that they brought … to Desperate Housewives,” she teased. “Whether it be comedy or drama or physical comedy, I feel like the stories make sense. I think it will be better than some other big finales.”

Hatcher won’t only be saying goodbye to the other girls, but also to Andrea Bowen, who plays her daughter on the show.

“I say a lot about her and I mean this so much — my [real-life] daughter could not have a better role model than Andrea,” Hatcher explained of Bowen in relation to her own daughter, Emerson Rose, who is 14 years old. “She doesn’t have a big sister and Andrea will be the big sister.”

She added, “[Andrea] is just beautiful and talented and totally sane and grounded and fabulous. I really had the best [on-camera] kids — her and Mason Vale. I had the best kids to work with.”