The R&B hit maker is at it again — just in time for summer! Usher has released his brand-new single “Scream,” off his forthcoming album. 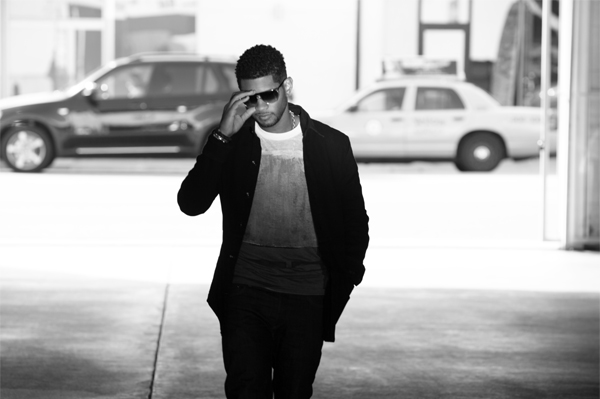 It seems like whenever the music scene feels like it’s lacking a danceable hit with a strong beat, Usher comes back into the mix with a brand-new single. And today marks another one of those moments where he comes to the rescue and debuts new music!

Following the success of his top lead single “Climax,” Usher releases “Scream” today on iTunes and all digital providers. It’s classic Usher — sensual lyrics and solid vocals, met once again with electrifying elements and a kinetic beat. Plus, the track comes straight from his forthcoming album Looking for Myself, set for release June 12 on RCA Records.

Usher celebrates not being dead by going to Disneyland >>

The release comes during a high point of the year for Usher. His surprise performance at Coachella with David Guetta last week left fans craving more, and he’s also been nominated for three Billboard Music Awards — Top Streaming Single and Top Dance Song for “Without You” with David Guetta, and Top Latin Song “Promise” with Romeo Santos. These songs were two of his highly successful collaborations while working in the studio on his next album.

Then again, these accolades are old news for the seasoned musician. Usher has been ranked by the RIAA as one of the best-selling artists in American music history, having sold more than 43 million albums worldwide. He has won numerous awards, including seven Grammy Awards, and was recently named the No. 1 Hot 100 artist of the 2000s decade. Even more, Usher has attained nine Hot 100 No. 1 hits (all as a lead artist) and 17 Hot 100 top 10 singles. And after hearing “Scream,” we anticipate that he’ll be adding to that string very, very soon.

Want to try before you buy? Listen to “Scream” online now!