Desperate Housewives is wrapping up this season, but star Eva Longoria has lots to keep her busy — including her role as co-chair of President Obama’s reelection campaign. 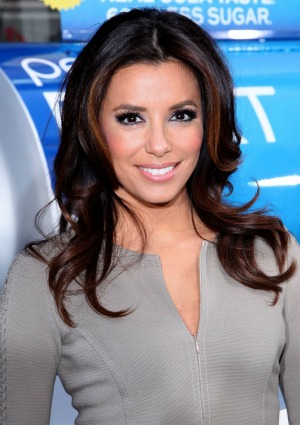 Who knew that a desperate housewife could be so political? Eva Longoria is the co-chair of President Obama’s reelection campaign — and she says his likely opponent Mitt Romney is pretty much the worst thing that could happen to the Hispanic American community.

And the community’s biggest concern should be Mitt Romney, according to the actress. “He called SB 1070 a model law for the rest of the country,” she explained, citing a highly controversial Arizona law that requires people to carry their proof of U.S. residency with them at all times, and that many feel encourages racial profiling.

“He tried to clarify, saying he meant a certain aspect of it, which shows his flip-flopping nature. Hispanics can stand to lose the most from his insistence on the Republicans’ same failed economic policy.”

“The Latino community needs to know what he stands for,” she added. “He said during the campaign he would veto the DREAM (Development, Relief and Education for Alien Minors) Act if it came across his desk. That means you are not investing in the future of America.”

Longoria has actually been involved in the political arena for a while, but would she ever consider a bid for office herself?

“Would I ever run for something? God, no,” she said. “I have more power as a citizen. Once you become a politician, your hands are tied. I’d rather have a voice.”

Watch Eva Longoria for the last time on Desperate Housewives when the show airs its series finale on Sunday, May 13.

The Buzz – Joe Biden Talks About Obama’s Big Stick
Joe Biden promises that Barack Obama has a… big stick?! During a speech, Biden made promises we wonder if he can keep.