There’s a shakeup amongst the British X Factor judges — but it’s all about the Americans. See who’s probably out and who might be in for the upcoming season. 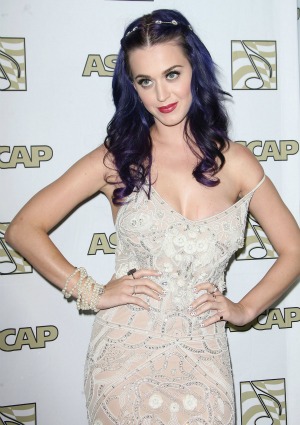 It isn’t one singer’s destiny to stay on British X Factor, but another singer might be the show’s new “Firework.”

Sources say former Destiny’s Child star Kelly Rowland will not be returning to British X Factor this season — and Simon Cowell has his eye on Katy Perry to replace her.

A show insider told The Daily Mail, “Kelly was great in the auditions, but when she joined the live shows it just seemed that she didn’t really relax and enjoy herself. And to be honest, she wasn’t that popular with viewers. Hopefully, Katy Perry will have some kind of role on the series.”

Katy Perry’s purple hair: Love it or leave it? >>

Rowland also is rumored to have gotten a bit greedy during contract negotiations. Her original contract was for approximately $800,000 American (£500,000 GBP) but sources say she was demanding her pay be tripled to nearly $2.5 million after finding out how much Take That star Gary Barlow was pulling in.

“We never negotiate a deal based on what another member of the show is getting as that would be ludicrous,” said a show insider, adding: “We left things to the last minute last time and there’s no reason why we couldn’t do it again.”

Talk about last minute — filming of the new season starts in less than two weeks.

This wouldn’t be Perry’s first time at the judges’ table. She stepped in for Dannii Minogue during talent auditions in 2010.

So will Perry hop across the pond to join the panel? Possibly, but producers are talking to other stars too, just in case. Meanwhile, Perry is keeping herself busy with fun activities like performing on last night’s American Idol.