Elton John is being sued by a man who claims the hit song “Nikita” is a ripoff of his own song “Natasha.” Problem? Elton John’s song came out nearly 30 years ago. 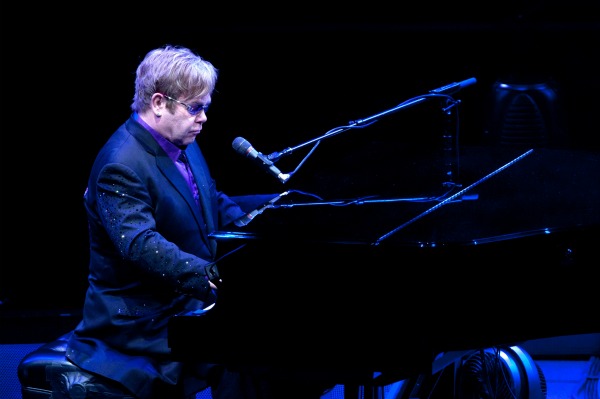 Singer Elton John is being sued by a songwriter who says the hit song “Nikita” is a complete ripoff of a song her wrote called “Natasha.” Problem? It apparently took the guy nearly 30 years to notice.

A man by the name of Guy Hobbs claims that back in 1982 he penned a little ditty about a Russian cruise ship waitress he called “Natasha.” He sent the song lyrics out to multiple publishing companies, including the one that exclusively publishes Elton John’s songs, Big Pig, but never heard back.

In 1985 John released “Nikita,” a Bernie Taupin-penned pop song about the ill-fated Cold War love between the singer and an East German border guard. With background vocals by George Michael, the song hit number three on the charts in the U.K. and number seven in the U.S.

So how in the name of the gay mafia did this guy not know about Elton John’s song until now? He said he’s been living in Africa since 1984. He apparently expects the courts to believe that there are no radios in Africa.

John and Taupin released a statement basically laughing the entire thing off as the joke it is.

“Sir Elton John and Mr. Bernie Taupin were surprised and disappointed to learn of the lawsuit for copyright infringement brought against them by Guy Hobbs concerning the lyrics of their ’80s hit ‘Nikita,'” the pair said. “Sir Elton and Mr. Taupin do not know the plaintiff, nor did they make use of any song lyrics he claims to have written when they wrote ‘Nikita.’ In short, the suit is completely meritless.”

“The fact that Hobbs has chosen to wait more than 26 years after the release of ‘Nikita’ to bring this lawsuit calls his motives into question. Sir Elton John and Mr. Taupin fully expect to prevail against this baseless claim,” they concluded.

Fun fact: While the video for “Nikita” features a female border guard, John, who has been out of the closet for many years, says he has always been aware that it is actually a male name in Eastern Europe.