Martin Lawrence made headlines this week when he announced his divorce. It got us thinking: Where has he been lately? We haven’t seen him in ages. 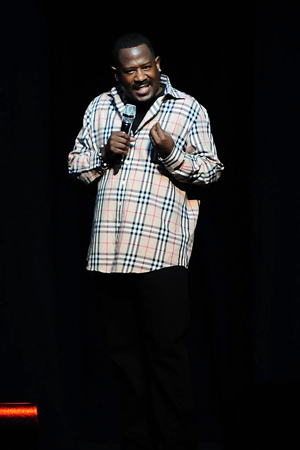 It was hard to turn on the TV or go to the movies in the ’90s without seeing something that involved Martin Lawrence in some way. He had his self-titled sitcom — Martin — along with successful movies like Bad Boys and A Thin Red Line Between Love and Hate.

Sure, he found success with Big Momma’s House and 2008’s College Road Trip with Raven-Symone, but recent projects — like Big Mommas: Like Father, Like Son — were critically panned. He then revealed that a Bad Boys 3 script was in the works.

“They’re working on a script now,” he told a U.K. newspaper. “That’s something I think looks very real. Will told me that he wanted to do it as well. Michael Bay I heard was on board and Jerry Bruckheimer. We’ll see.”

When will it happen?

“Those guys are very busy. There’s no timeline,” he said. So, who knows if it will ever get off the ground, especially since Will Smith has tons of other projects going on.

Basically, Lawrence’s big project right now is his divorce from wife, Shamicka Lawrence. “Martin and Shamicka Lawrence have decided to divorce,” a rep told People of the pair who wed in 2010. “The couple has made the joint decision to part ways.”

“Out of love and respect for one another we will continue to remain friends and raise our two beautiful daughters together,” they added in a statement.

Hopefully a new pilot he filmed for CBS takes off, because we need more Martin Lawrence comedy in our lives.