A former touring saxophonist for the Las Vegas-based band The Killers was found dead in his Nevada home. Find out what took his life — and what the band members have to say about it. 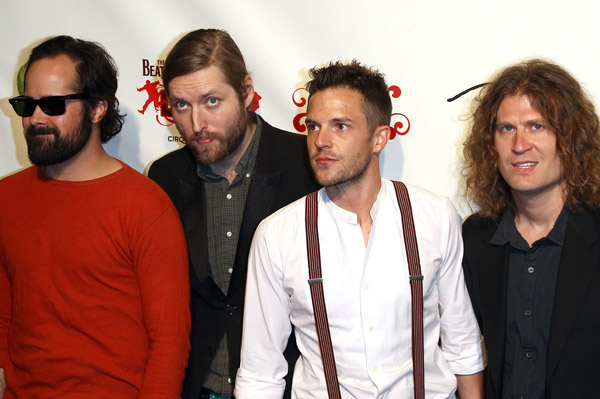 The Killers lost one of their own earlier this week when Thomas Marth, a former touring saxophonist for the band, committed suicide in his Las Vegas-area home.

“Last night we lost our friend Thomas Marth. Our prayers are with his family. There’s a light missing in Las Vegas tonight. Travel well, Tommy,” The Killers tweeted, referencing one of their songs that he played with them, “Goodnight, Travel Well.”

Read on for more music news >>

Marth’s death was ruled a suicide by the Clark County coroner. He died from a self-inflected gunshot wound to the head, according to a spokesperson. He played on several of the band’s live tours throughout the years and was featured on two of their albums, 2006’s Sam’s Town and 2008’s Day & Age.

This isn’t the first time death has touched the band made up of lead singer Brandon Flowers, guitarist Dave Keuning, bassist Mark Stoermer and drummer Ronnie Vannucci. The mothers of both Flowers and Keuning died of cancer just a couple of years apart. They dedicated “Goodnight, Travel Well” to them.

“That song’s hard for me to talk about and even listen to in a way,” Keuning told the Des Moines Daily Register in 2009. “It’s probably one of my favorite tracks on the album just for the music alone, regardless of the lyrics… The music itself is the saddest piece of music that we’ve ever written. But at the end it turns kind of optimistic, and we’ve never written anything like that.”

“Originally, I wasn’t sure that the whole world was going to know what that song was about,” he added, explaining that he wanted it to be up to fans’ interpretations. “I think about my mom every day at one time or another. It’s just not really fair, and that’s all I really want to say about it.”