The TV gods have spoken! The sci-fi drama Fringe has gotten a new lease on life. The low-rated series has been pulled back from the brink of cancellation. Fox has officially renewed it for an unexpected fifth season. 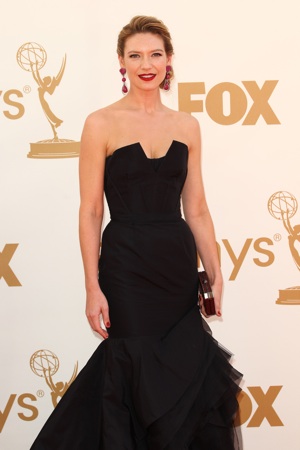 After months of speculation (and prayers) Fox has renewed Fringe for season five. The sci-fi drama is critically acclaimed, but has been unable to generate much-needed ratings.

Fringe forecast: Bleak with a chance of cancellation >>

Despite the network’s qualms about production costs and losing money, they’ve given Fringe a second, or in this case — a fifth shot.

“Fringe is a remarkably creative series that has set the bar as one of television’s most imaginative dramas,” Reilly said in a statement Thursday.

“Bringing it back for a final 13 allows us to provide the climactic conclusion that its passionate and loyal fans deserve.”

“The amazing work the producers, writers and the incredibly talented cast and crew have delivered the last four seasons has literally been out of this world. Although the end is bittersweet, it’s going to be a very exciting final chapter.”

This is great news for Fringe’s actors, writers, producers and more importantly, its fans. Co-star John Noble revealed that they shot two endings for the fourth season finale, just in case the show got canceled. Thankfully, the “series’ ending” will be put off for another year.

Over the past four seasons, Fringe has developed an extremely loyal cult following. We’re sure fans are excited about the renewal, but also saddened by its limited run. The show’s time is winding down.

Are you a fan of Fringe? Are you excited about its renewal?