Can’t live with ’em, but can you live without ’em? Lifetime conducts a social experiment to see just how men would do if all the women went away for a while. 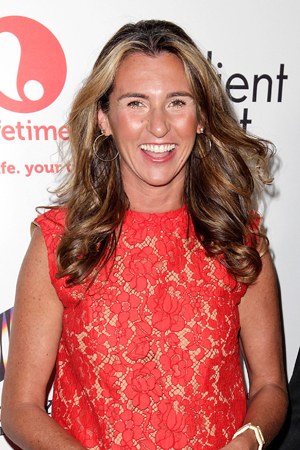 Can men handle the countless piles of laundry, the uniquely packed lunches and the morning hair-braiding duties? Could they operate the women-owned business in your community? How long would men last without women around?

We’ll soon find out, thanks to Lifetime. The network will air a four-part docuseries exploring what happens to a community when all its women are removed and men are left to run households, businesses and the community, according to The Hollywood Reporter.

The six-episode series is called The Week the Women Went and is based on the British social experiment format from the BBC. For one week, all the women from Yemassee, South Carolina, will be placed into isolation, forcing men to handle absolutely everything without help from any wife, mother or female friend of any kind.

“Women play crucial roles in today’s world as wives, mothers, business owners and community leaders,” said Lifetime’s Nancy Dubuc to Variety last August, when the series filmed and the women were removed from Yemassee. “This massive shift in responsibilities among women and men has always been a provocative subject and something we’ve wanted to tackle. The Week the Women Went will push the boundaries of television by learning what happens to women and men, and a society.”