What makes a man a good looking S.O.B. on TV or film? We celebrate our handsome men with a study of various kinds of man-pretty.

Cary Grant was probably the most well put-together actor in the history of film. The debonair Brit was always sharply dressed and his dry wit only added to his charisma. Since then, the bar was set for male characters of the big and small screens to measure up to. We dive in and take a look at some of Hollywood’s broad spectrum of hotness. 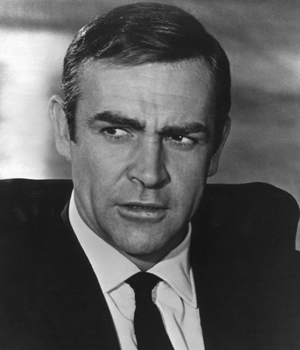 No matter who has played the British spy, from Sean Connery (top pick) to blonde Bond Daniel Craig (rebooted top pick), he always makes looking good a walk in the park. Check out Roger Moore’s handsome head of hair in The Spy Who Loved Me. A force-eight gale wind couldn’t move that quaff, even when battling the freakishly un-handsome Jaws. 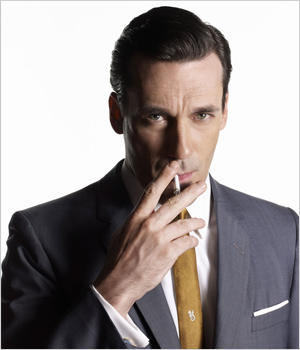 Okay, this was an easy one. It’s a slam dunk over a short person, hitting a beach ball for a homerun, choosing mint chip over vanilla, no? Any man at Sterling Cooper Draper Pryce looks like a million bucks in a slim suit and some Brylcreem, but the head honcho of the creative department on Mad Men takes the cake. He’s got the whole tall, dark and handsome thing down pat. 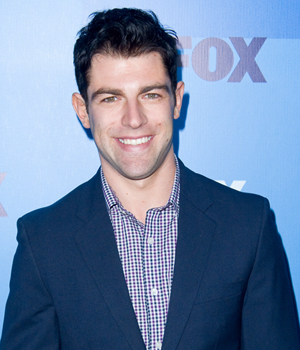 The modern model of manicured males, Schmidt (Max Greenfield) owns the screen on Fox’s New Girl every Tuesday. He’s funny, self-absorbed, shallow and knows every article of clothing by brand and thread count. Schmidt stresses cleanliness and attention to detail of the human body. His slick style and vintage-cool vibe scream narcissism and handsomeness at the same time. 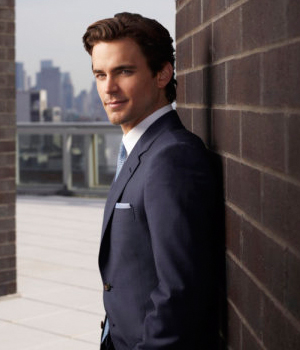 Blue-eyed hunk Matt Bomer steals the small screen in his fancy suits and contemporary class on USA’s White Collar. Armani and Hugo Boss are boss for Caffrey, and Bomer just adds to the handsome quality with his Clark Kent looks. 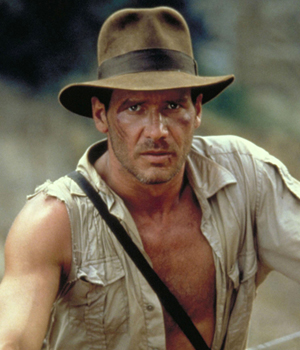 We all know and love his badass fedora and tough-as-nails leather jacket. The archaeologist/professor/explorer/danger hunter/Nazi fighter has one of the coolest action outfits ever. Harrison Ford’s scruffy beard and “tough guy” scar completed this durable, rough-and-tumble look we all look at as ruggedly handsome. 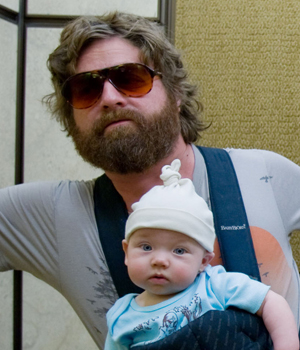 Speaking of Indiana Jones, The Hangover’s resident weirdo, Alan (Zach Galifianakis), likes to rock a satchel. His fluffy tummy and even fluffier beard give him a man-child look and his wolf shirt suggests baying at the moon in a wild ride of pleasure. Right? Or maybe he’s just weird.

Find out what your man’s fashion sense says about him>>