The supermom behind the Skinnygirl brand is hitting the daytime television sector this summer on Fox. But will Bethenny Frankel pass the test run? 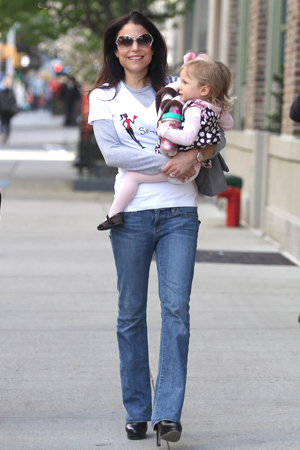 Bethenny Frankel is everywhere — with her Skinnygirl cocktails, novel and upcoming film. But one project that won’t exactly go nationwide just yet is her upcoming daytime talk show.

Bethenny, a daily talk show from the leading lady of Bethenny Ever After, will be getting a test run on only six Fox-owned TV stations in New York, Los Angeles and four other markets.

If all goes well, Bethenny will likely launch nationwide as soon as fall 2013. Test episodes are set to air for six weeks, beginning June 11.

“The program will feature Bethenny’s no-nonsense perspective on everything from pop culture and current events, to relationships, beauty, fitness and lifestyle segments,” according to an announcement from Fox and Warner Bros. “The program will be an honest, informative and entertaining destination, where daytime viewers can learn, laugh and get inspired.”

“The queen of too much information is coming to DAYTIME!” announced Frankel back in January. “It is going to be an exciting journey and I can’t wait for you to join me. Thanks for being so loyal and supportive, without you, this wouldn’t be happening. See you all this summer on Fox!”

Reality TV moms: The good, the bad, the controversial
Bethenny Frankel debuts the Skinnygirl ponytail at Drybar
Are you a Skinnygirl? Bethenny launches shapewear line