The IRS says the estate of Anna Nicole Smith owes them nearly $300,000 — and they refuse to be put off any longer. How could this affect her daughter Dannielynn? 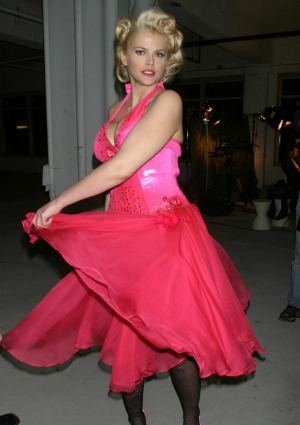 Poor Anna Nicole Smith can’t catch a break even in death. The IRS says the estate of the deceased model/actress owes a hefty sum in taxes — and they are coming after it, motherless child be damned.

The IRS has filed a creditor’s claim against the former Playboy Playmate’s estate, according to RadarOnline, stating they are owed $289,123.48 dating back over a decade. In fact, Smith had several tax liens placed on her property beginning in 2000.

“No part of said debt has been paid, and the same is now due and payable in the office of the District Director of Internal Revenue… Said debt has priority [and] must be paid in full advance of distribution to creditors as and to the extent provided by laws,” stated the official IRS documents.

Smith died of an accidental drug overdose in a Florida hotel room in 2007, just months after the birth of her daughter Dannielynn and the death of her son Daniel under similar circumstances.

The blonde bombshell earned her cash through modeling and acting jobs. A $474 million inheritance from her much older, filthy rich husband J. Howard Marshall, whom she met while dancing at a strip club, was instead awarded to Marshall’s children after a protracted court battle.

Smith’s estate was worth an estimated $1.8 million at the time of her death, with all monies going to Dannielynn under the care of her father, Larry Birkhead. It is unknown how much of it is left after five years. The money caused a custody battle after Smith’s death, with her longtime attorney Howard K. Stern claiming he was the father — a claim disproven by a simple paternity test. Dannielynn, a dead ringer for her mom, has been under Birkhead’s care ever since.