Ke$ha doesn’t care who sees her naughty bits — she just has to pee! 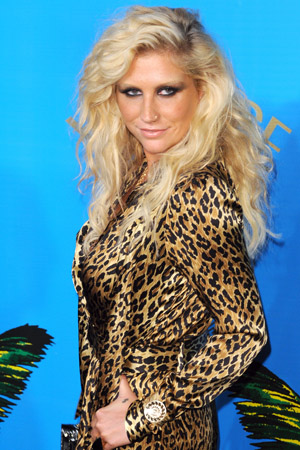 You know how people always talk about how intelligent and levelheaded Ke$ha is? No? We don’t either — and this is why: The “Tik Tok” singer has no qualms about doing gross things and then tweeting about them for fans.

“Pee pee on the street. PoPo come n get me if u can find meeee. I blame traffik,” the full-bladdered pop singer tweeted on Wednesday. She also included a photo of her squat — but don’t bother looking, voyeurs, you can’t see anything.

Ke$ha also peed in a sink last year, but she didn’t get what was the big deal.

“People made a big deal about me peeing in the sink, but that wasn’t that shocking. I wasn’t even drunk. It’s an animal instinct as humans and as an animal. I had to pee and outside there’s paparazzi everywhere — what am I supposed to do? I accept it’s uncouth, but it’s just being an animal.”

This is hardly the first time the singer has done something really nasty. In December, she started a Tumblr that showed off men’s beards — and Ke$ha had them in her mouth.

“THIS IS LIKE A DATING WEBSITE. BUT. JUST FOR ME. GOODNIGHT BEARDS. ILL DREAM OF YOU ALL. IN MY MOUTH,” she wrote. The latest post came on Wednesday with the caption “Look what I’m having for dinner!!! Swedish beard in my mouth!!!!!”

Ke$ha to fans: Let me wear your teeth >>

All together now: Ewww! This is way worse than peeing in the street. Way, way worse.

Oh, and she mooned someone from a car last week. “A good way to relieve stress and live in the moment is to reveal your naked butt to innocent passersby,” she tweeted.

“I’m just very amused by 5-year-old humor. Don’t get me wrong: I do destroy men on a weekly basis. It’s like a hobby,” she told Glamour earlier this year. “I’m like a praying mantis. They f*** me, and then I eat them. But who isn’t amused by a giant, dancing penis? Sometimes when I’m sad, I make my assistant put on the penis outfit and bounce around the house.”

“I know that I have balls. I have bigger balls than a lot of men I meet,” she said. “I’m just a ballsy motherf***er. I’m not afraid of pushing boundaries. That’s what you have to do to become an icon.”