Sean Penn has received the 2012 Peace Summit Award for his role in helping Haiti after a catastrophic earthquake all but destroyed the small country in 2010. 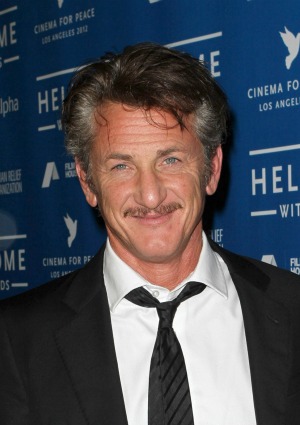 So it turns out that Sean Penn isn’t a total jerk to everyone. Despite his rumored penchant for Russian hookers and questionable politics, the Academy Award-winning actor has actually been lauded for his good deeds.

“It’s an overused phrase I know, but I trust you know it’s genuine today, I am humbled. I’m trembling and I like it,” he said.

“It would take a poet laureate to describe for you the courage and the dignity of [Haiti’s] people. There are no people on earth more willing to pull themselves up by their bootstraps. But as Dr. Martin Luther King said, it’s fine to tell a man to pull himself up by his own bootstraps, but evil to tell a man to do so without boots.”

The actor is a major player in Haitian recovery efforts. He lives in the country approximately 50 percent of the time and is the CEO of the J/P Haitian Relief Organization, managing two camps that provide homes to nearly 18,000 people.

“He actually exchanged his home in Malibu for a tent,” United Nations High Commissioner for Refugees Udo Janz said while introducing Penn. “Think of it as the Oscar for your humanitarian commitment, Sean.”