Rosie O’Donnell is softening her stance on the whole Lindsay Lohan feud thing, saying she is only concerned for the young actress’ life and doesn’t want to see her die. 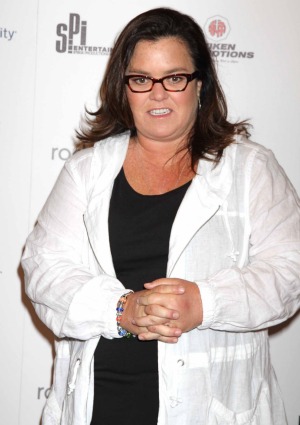 If you think there is a bitter feud between Rosie O’Donnell and Lindsay Lohan, think again. The TV personality said she only made her mean girl comments earlier this week because she thinks Lohan desperately needs help and she doesn’t want to see her die like Whitney Houston.

During her guest spot on The Today Show, O’Donnell further clarified her earlier remarks.

“To look at Lindsay Lohan you can’t help but feel for her. I don’t think she’s untalented, I think she’s quite talented,” O’Donnell said.

“I’m 50 years old: I [was] watching Whitney Houston’s funeral, and I remember thinking, ‘Why didn’t more people say what they knew?’ We all knew, when she would not show up to do this show, not show up to do my show, we watched Being Bobby Brown and it was like watching Sid and Nancy, they were people who were in the throes of addiction,” Rosie said.

“But all that anyone cared about was that the show was getting ratings, not that this woman, this talented individual, this human being, this mother, this daughter, was worth saving!”

She also told Ann Curry and Matt Lauer that she would rather state a wildly unpopular opinion and get beaten up for it in the press than turn a blind eye to someone who needs help — and obviously she won’t stop giving people her brutally honest opinion.

“There’s going to be a whole other controversy. Barbara Eden, I’m coming after you!” O’Donnell Joked.