Welcome to Collinwood Manor where you’ll find a time-warped menagerie of blood-suckers, she-devils and ghosties who’ll have you groovin’ all the way back to the psychedelic ’70s. Johnny Depp frights and delights as the foxy, fanged Barnabas Collins in this soap opera re-vamp! 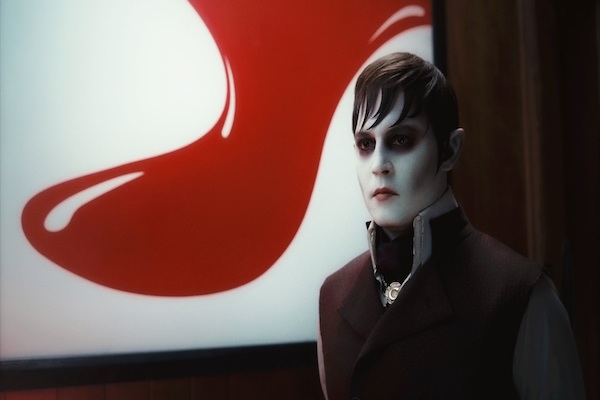 Inspired by the gothic soap opera that aired on television in the late ’60s and early ’70s, Dark Shadows the movie is part Disneyland’s Haunted Mansion, part The Who’s Tommy and part Erich Segal’s Love Story — all on LSD. But we’d expect nothing less from director Tim Burton (Edward Scissorhands), the master of freak-chic cinema. Here Johnny Depp‘s Barnabas (originally performed by Jonathan Frid, who sadly passed away last month at the age of 87 but does have a small cameo in the film) comes from the 1700s where his jilted mistress Angelique Bouchard (Eva Green) just happens to be a witch and dooms Barnabas to vampiric misfortune before burying him in a locked coffin for the next two centuries. Hell hath no fury like a witch scorned!

When Barnabas is accidentally unearthed, he returns to his ancestral home of Collinwood Manor to find his descendants in various stages of ennui. He even mistakes teenaged Caroline (Chloe Grace Moretz) for a prostitute as she lounges on the chaise, listening to records before complimenting her on her lovely “birthing hips.” Oh, Barnabas.

Worried about her son David because he talks to dead people, matriarch Elizabeth (Michelle Pfeiffer) has enlisted the help of psychiatrist Dr. Hoffman (Helena Bonham Carter), who pops more pills than any of her patients. But the really big bummer facing the Collins family of the 20th century is their once successful fishing business has been sent down the drain by blonde-bombshell Angie’s more enterprising fishery. Angie is actually the bewitching Angelique, the immortal sorceress responsible for starting this whole wretched mess. Can Barnabas destroy Angelique and save the family business all under the guise of night?

Dark Shadows is at its best when it’s having fun with the style and music from the early ’70s, particularly by opening the film with “Nights in White Satin” by the Moody Blues. Throwing in some camp like a troll doll, macrame and the real Alice Cooper are also nice touches.

Collinwood Manor is deliciously ghastly and ghostly and in exquisite disrepair (luckily the secret doors and staircases all function perfectly). The color-tweaked visuals are lush and fluid, like a good acid trip (so I’ve been told) and the red hues really pop, which makes for some cool neo-gothic bloodsucking.

Johnny Depp sizzles on screen, sometimes literally. But it’s the fabulous actresses who steal the show. It’s difficult to say who’s the fairest of them all, but Edgar Allan Poe himself would lust after each pretty, tragic waif in the film. Michelle Pfeiffer is gorgeous in pale, but Helena Bonham Carter ginger’s up her look, adding a splash of anxiety disorder. Chloe Grace Moretz is alluring in her pubescent confusion, not fully understanding her sensual powers. But Eva Green is one alabaster alpha-female, a sublime succubus able to go fang to fang with Depp. (Angelina Jolie, watch out — you’ve got some serious competition!) 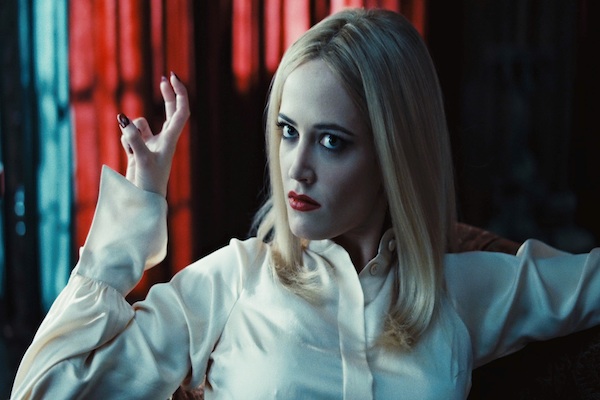 Bottom line: Johnny Depp and a bevy of beautiful actresses help Tim Burton succeed in bringing ’70’s kitch to the vampire genre. I only wish the campy story could have had more bite. But if you remember any part of the 1970s, you’ll enjoy this nostalgic vampire fest.