Pauly D of Jersey Shore takes his blowout hair and his boys — DJ Biggie, Big Jerry, JROC and Ryan — to MTV in his reality spin-off, Pauly D Project. Ryan, the ‘Man with a Plan’ responsible for launching Pauly’s DJ career talks to us about drama, what he was doing two years ago today, and how he feels about boxer shorts. 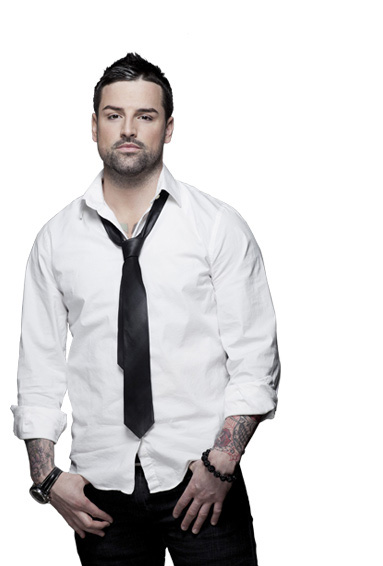 Pauly D of Jersey Shore takes his blowout hair and his boys — DJ Biggie, Big Jerry, JROC and Ryan — to MTV in his reality spin-off, Pauly D Project. Ryan, the ‘Man with a Plan’ responsible for launching Pauly’s DJ career talks to us about drama, what he was doing two years ago today, and how he feels about boxer shorts.
Kat: Ryan, you’re on Pauly D Project on MTV, hanging with people like Britney Spears. Finish this sentence for me. Two years ago I was:

Ryan: I was hanging with Pauly, trying to help him further his career with the rest of the boys. Never expected this. I don’t think any of us did.

Kat: Sometimes when I watch Pauly D Project I think, do the producers say, “Hey guys. Drinks are on us. Go stir up some drama.” Or do you guys do that all on your own?

Ryan: Yeah, they don’t need to tell us to do that. That comes free of charge. We’ve been in Vegas for a while now, and we’re familiar with a lot of the venues so it’s created sort of a comfort zone.

Kat: You just sort of forget that the camera and crew are there and it’s just about boys’ night out?

Ryan: That’s 1000 percent correct. We pay no mind to the cameras. I’m pretty sure you saw DJ Biggie fart on Big Jerry’s leg. They wouldn’t do that if they [remembered] there was a camera in front of them.

Kat: A few days ago, I was reading your Twitter feed and it said something like some girl had pooped in her bathing suit. Have you guys seen just about everything by now?

Ryan: Yeah, we were all out in Las Vegas and some girl had on a swimsuit that looked like it wasn’t fitted properly. I don’t think there’s any one thing that would throw me for a curve ball.

Ryan: It’s a combination of, “I can’t believe that just happened” and “I’m kind of used to it by now.” The things we see and the things that people do are just outrageous.

Kat: In one episode of Pauly D Project you’re eating a piece of pizza while holding back some girl who wants to fight another girl. Your attitude was hilarious. You were like, “I’m kinda tryin’ to eat right now, so if could just knock it off…”

Ryan: I’ve got priorities, you know? 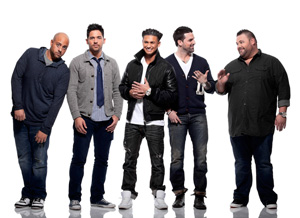 Kat: The girls seem a bit aggressive and sloppy, to the point they are turning Pauly off. What tips do you have for club chicks to help them stand apart from the crowd?

Ryan: For any chick, not just club chicks, it’s about being you and don’t try to impress somebody. Just go with the flow. The person who usually falls back into the scene is usually the one who gets the attention. It’s the person who doesn’t want to be wanted. We stir up enough drama on our own. We don’t need outsiders coming in and adding to it.

Kat: Finally, we must know: Boxers or briefs?

Ryan: Uhhh. Boxers. Not like those old man boxers. Those aren’t cool.

Kat: How come you had to think about it?

Ryan: (Laughing) Well, I had to think about it because when I go to buy them the definition of boxers to me is like the old man saggy ones. I need the boxer [briefs].