While working together, Ryan Seacrest learned valuable lessons from the late Dick Clark. He’s now sharing the wisdom collected over the years for all to enjoy. 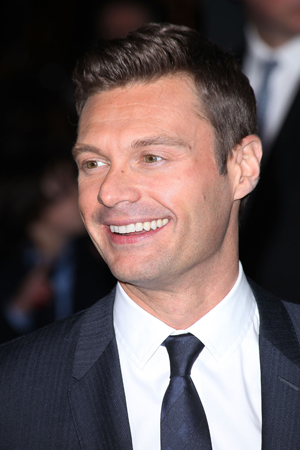 Though the world lost the American Bandstand frontman and the one who ushers us into a “rockin’ new year,” Ryan Seacrest lost a role model, mentor and dear friend.

“I really don’t know how to aptly express my affection and admiration for this man. But I’ll try,” wrote the host in The Hollywood Reporter.

Seacrest shared a handful of lessons that the late Dick Clark taught him before he passed away last week — wise words that are applicable not only to the broadcast business, but to life in general.

“He always said, ‘Thank you.'” He once told me, ‘Little things really do matter.’ And those two small words definitely do,” explained Seacrest.

The legend always treated people as people. “Dick was wonderful at making people feel at ease, and he did so by treating every person he met as a friend. He didn’t discriminate and was not discerning with his kindness. He made everyone feel as if they were the only one in the room.”

He added of Clark’s leadership strategy: “Many of the people who worked with him did so for more than 30 years. Like every great producer, he pushed us all to be better all the time, every day in fact, and he didn’t always sugarcoat his directives. But he also was funny and generous along the way and rewarded those around him.”

And though Clark faced countless challenges after his stroke, he refused to quit sharing his passion. “In the end, he was a real inspiration to so many people. If only more of us remembered the strength and grace generated from sticking to your guns. I hope I will have the courage to always stick to mine.”

Read Ryan Seacrest’s full lesson plan as learned from Dick Clark here — and no matter what industry you work in, take note of the wise advice.