Is 70-year-old Ryan O’Neal a dad for the fifth time? Yes, according to a 35-year-old California woman. He’s denying it — and he’s ready to take a paternity test to prove it. 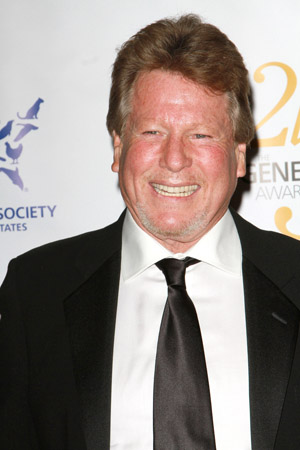 Is Ryan O’Neal a father again at 70? A woman says he is, but the former husband of the late Farrah Fawcett is denying paternity. The mother, Jessica Zellars, said she gave birth to Ryan’s son on Feb. 29 after having a “brief romantic relationship” with him in 2011.

Ryan — father to actress Tatum O’Neal and sons Griffin O’Neal, Redmond O’Neal and Patrick O’Neal — is denying it, though.

“This woman’s claim is ridiculous and false. She has been harassing and stalking Ryan. He never had a personal relationship with her. This will be the first time a woman got pregnant without having sex or in-vitro,” his rep said in a statement.

However, Zellars isn’t ready to let this go without a fight, according to RadarOnline.

“Last week we sent a request for a voluntary paternity test in the form of a court-admissible cheek swab from Mr. O’Neal,” her attorney told the website.

“He and his lawyers were given the name and address of the medical clinic (which took samples from the mother and child today), and its hours of operation. All Mr. O’Neal has to do is go to the correct facility in the West Los Angeles area and the whole process should take 5-10 minutes. This is a very simple and minimally invasive procedure. The qualified medical and laboratory facilities are ready, willing and able to take the samples from Mr. O’Neal. The cheek swab would clearly settle the issue of Mr. O’Neal’s paternity once and for all.”

He’s finally agreed to take a paternity test to clear up the matter, according to his lawyers. And if he is the dad? Well, he better get ready to pay up.

“Jessica does expect him to step up and financially support the baby regardless of his involvement in the child’s life and she has retained counsel to achieve that objective,” a source close to the 35-year-old woman told the website.

“Jessica has always wanted to respect Ryan’s privacy and image which is why she has been quiet about the situation. Despite his somewhat tarnished reputation as a father, Jessica speaks highly of Ryan and considers him a great guy and friend.”

We beg to differ on that, but we hope he proves us wrong.

Do you think Ryan O’Neal is the father of Jessica Zellars’ baby?